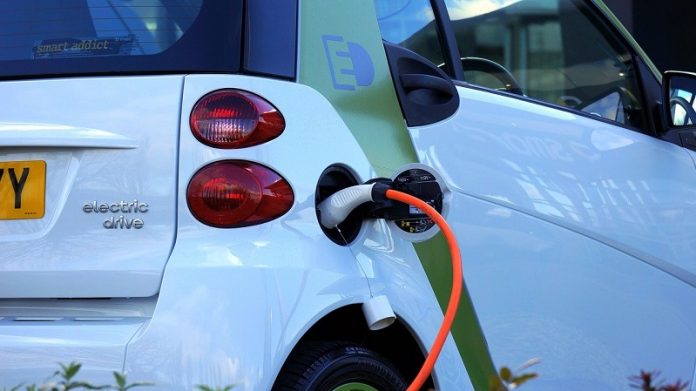 Penn State researchers have developed a novel method that could enable the widespread use of silicon-based anodes, which allow electricity to enter a device, in rechargeable lithium ion batteries.

The research, published in Nature Communications, represents a critical step forward for many technologies that rely on these batteries, including electric vehicles and smartphones.

“Silicon has been identified as a promising anode material for the next generation of lithium ion batteries,” said Donghai Wang, professor of mechanical and chemical engineering. “But research has shown the material becomes very unstable during the cycling.”

As the battery completes its power cycle, silicon in the battery anode significantly expands and contracts, which limits its potential for commercial adoption.

These repeated volume changes during the charging and discharging process, known as lithiation and delithiation, eventually results in structural damage within the cell.

Over time, the effects of this degradation could contribute to instability, such as explosions, and decreased battery life.

However, the researchers adopted a new strategy that allows the silicon to retain the elasticity that enables superior energy transfer, while also maintaining the ultimate integrity of the battery’s electrode.

“We found that if you surround the silicon-based anode with a cushion of a supremely-elastic gel polymer electrolyte (GPE), it allows the silicon to remain stable, so the particles won’t displace within the electrode,” Wang said.

This unique method combines the best of both worlds, according to Wang. The GPE consists of a soft ether domain, which responds to its elasticity, and a hard cyclic domain, which prevents excessive swelling of the polymer.

“It’s a new approach, where the two components work synergistically together to make the GPE swell and shrink appropriately, while keeping silicon anode structure stable,” he said.

By circumventing the issues that silicon-based anodes currently pose, the researchers estimate this work could increase the energy storage within lithium ion batteries by 20%.

“This is an enabling technology, to allow for the ability to use pure silicon in the anodes,” Wang said.

“Traditionally, only 5% silicon is used so the material’s boosting effect is limited. But by using this method, replacing it with pure silicon will significantly increase the capacity and energy density of the cell.”

As a researcher in the Battery and Energy Storage Technology (BEST) Center at Penn State, this effort represents Wang’s latest contribution to the field.

“This work is definitely one approach to make better batteries for electrical vehicle or small electronics,” he said. “Through the union of the silicon and the GPE, it is a pathway to create the next generation of lithium ion batteries.”