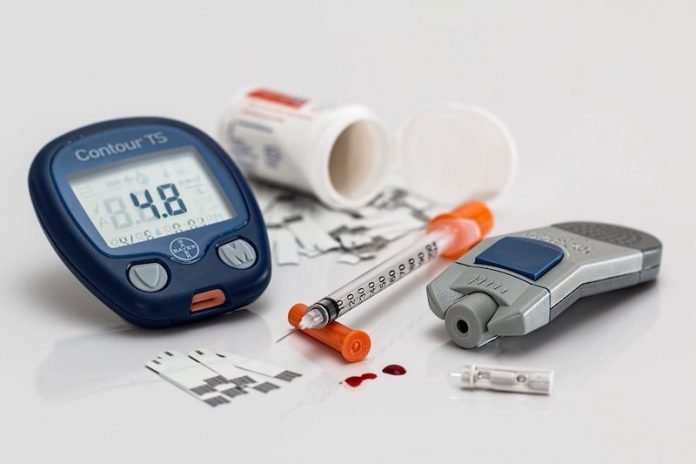 In a new study from Harvard, researchers found a newly discovered hormone named fabkin helps regulate metabolism and may play an important role in the development of both type 1 and type 2 diabetes.

They showed blood levels of fabkin were abnormally high in human patients with either type 1 or type 2 diabetes.

They believe fabkin likely plays a similar role in humans and the hormone complex could be a promising therapeutic target.

Many hormones are involved in the regulation of metabolism, such as insulin and leptin. Fabkin is different from traditional hormones in that it is not a single molecule with a single defined receptor.

Instead, fabkin is composed of a functional protein complex consisting of multiple proteins.

Through a series of experiments, the researchers determined that fabkin regulates energy signals outside of cells.

In the case of diabetes, fabkin controls the function of beta cells in the pancreas that are responsible for insulin production.

The team showed that the insulin-producing beta cells of the pancreas are a target of fabkin and that the hormone is a driving force behind the development of diabetes.

When the researchers used an antibody to neutralize fabkin in mice, the animals did not develop diabetes. When the antibody was given to obese, diabetic mice, they reverted to a healthy state.

The discovery of fabkin required the researchers to take a step back and reconsider the fundamental understanding of how hormones work.

They are excited to find a new hormone, but even more so about seeing the long-term implications of this discovery.

For more information about diabetes, please see recent studies about these common drinks that may make type 2 diabetes less deadly and results showing that this small habit can make big progress in diabetes control.

The study is published in Nature. One author of the study is Gökhan S. Hotamisligil.