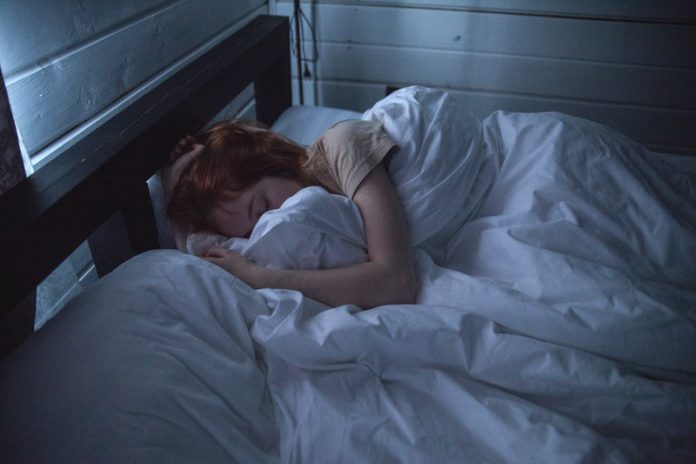 In a new study, researchers found that poor sleep is linked to decreased memory functions in older people.

They found that variability in night-to-night sleep time and reduced sleep quality negatively affect the ability of older adults to recall information about past events.

The research was conducted by a team from Georgia Tech’s School of Psychology.

The participants were given accelerometers worn on their wrists to measure sleep duration and quality over a period of seven nights.

The devices allowed sleep measurements to be done in the participants’ own homes.

The researchers sought to provide a more realistic measurement than testing is done in sleep labs, which typically lasts just one night.

Participants were then asked to visit a Georgia Tech laboratory for a memory test that measured electroencephalography (EEG) brain wave activity as they attempted to recall word pairs that had been shown to them earlier.

The team found that the night-to-night variability in the older participants had a major impact on their memory performance.

But they also saw some of the 70-year-old participants looked like 20-year-old students. They explain that there are many factors that contribute to individual differences.

In the future, the team hopes to expand their study to a larger group of participants and to explore whether variations in sleep patterns could predict the risk of Alzheimer’s.

The study’s takeaway message may be that regular sleep is important at any age for the best cognitive performance.

The lead author of the study is Audrey Duarte, an associate professor in Georgia Tech’s School of Psychology.