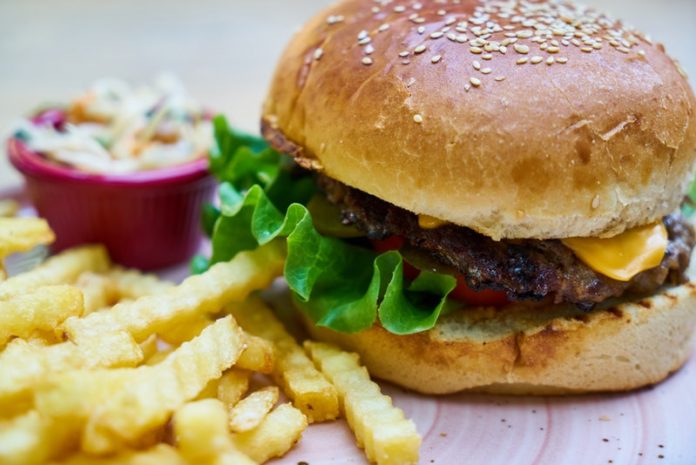 In a new study, researchers found that eating an unhealthy diet may have much more harms than previously thought.

It can contribute to cognitive decline and poor memory.

In the study, the team examined a brain structure called perineuronal nets (PNNs), which plays important roles in memory and learning.

Structurally, PNNs form mesh-like webs around neurons in the brain.

Previous research has shown that PNNs can either prevent people from learning new things by maintaining existing connections, or they can enable people to learn new things by forming long-lasting neural pathways in the brain.

However, neurons without PNNs might be influenced by all experiences, which can form memories of irrelevant information.

This abnormal memory function has been linked to brain diseases such as Alzheimer’s disease, anxiety, and drug addiction.

In the study, the team found that PNNs can be damaged by poor diets.

For example, eating too much junk foods high in saturated fats and refined sugars can cause toxic inflammation and oxidative stress in the brain resulting in cognitive decline and poor memory.

This means diet and lifestyle may have an impact on other elements of the brain like PNNs, and not just the neurons.

The research also demonstrates that certain lifestyle factors, including exercise or environmental enrichment, might improve cognition by naturally modifying the PNNs.

The researchers say that therapies don’t have to be drugs that affect the firing of neurons in the brain to treat brain diseases; they could be lifestyle changes that affect the environment the neurons and synapses are contained within.

The lead author of the study is Amy Reichelt, a BrainsCAN Postdoctoral Fellow.

The study is published in Trends in Neurosciences.