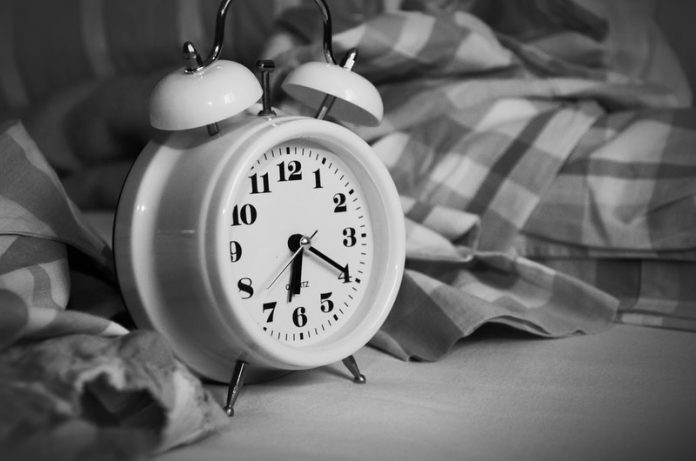 In a new study, researchers found that people who report a decreased quality of sleep as they age from their 50s to their 60s may have a higher risk of Alzheimer’s.

These people more protein tangles in their brain, which puts them at higher risk of developing Alzheimer’s disease later in life.

The finding shows the importance of sleep at every age to maintain a healthy brain into old age.

The research was done by a team from the University of California, Berkeley.

In the study, the team tested 95 healthy older adults, some as old as 100 years of age.

These people have had their brains scanned with positron emission tomography, or PET, which is the only technique capable of detecting both beta-amyloid tangles and tau tangles in the brain.

The team found that adults reporting a decline in sleep quality in their 40s and 50s had more beta-amyloid protein in their brains later in life, as measured by PET.

Those reporting a sleep decline in their 50s and 60s had more tau protein tangles in their brains.

Both beta-amyloid and tau clusters are linked to a higher risk of developing dementia, though not everyone with protein tangles goes on to develop symptoms of dementia.

The researchers say that insufficient sleep across the lifespan is strongly predictive of one’s development of Alzheimer’s disease pathology in the brain.

They recommend that doctors ask older patients about changes in sleep patterns and intervene when necessary to improve sleep to help delay symptoms of dementia.

This may include treatment for apnea, which leads to snoring and frequent halts in breathing that interrupts sleep, and cognitive behavioral therapy for insomnia, a highly effective way to develop healthy sleep habits.

It may be helpful to have simple sleep counseling to convince patients to set aside time for a full eight hours of sleep and have healthy sleep habits.

The lead author of the study is Matthew Walker, a sleep researcher, and professor of psychology.

The study is published in The Journal of Neuroscience.