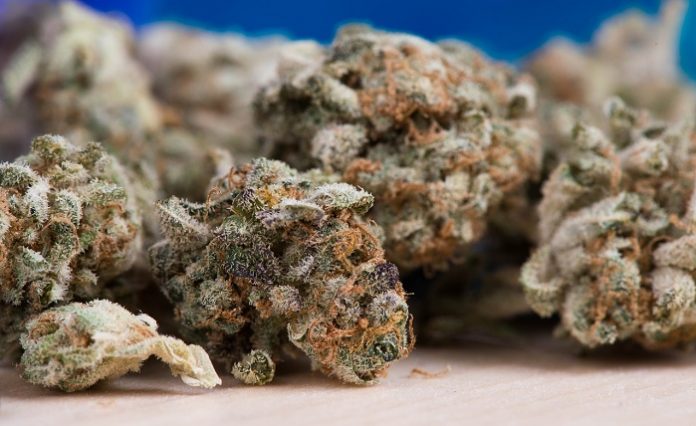 In a new study, researchers found that people who smoke cannabis, or marijuana, weigh less compared to people who don’t smoke marijuana.

The finding is country to the common belief that marijuana users may gain more weight.

The research was conducted by a team from Michigan State University.

In the study, the team analyzed data from the National Epidemiologic Survey of Alcohol and Related Conditions.

They focused on the Body Mass Index of 33,000 participants aged 18 and older.

They found that over a three-year period, all participants showed a weight increase.

However, people who used marijuana gained less weight compared to those who never used.

The actual weight difference among users and non-users was about 2 pounds for a 5-foot-7-inch participant weighing about 200 pounds at the start of the study.

This effect was very consistent among participants.

The researchers also found that new and persistent marijuana users are less likely to be overweight or obese, overall.

In addition, marijuana users were more likely to be at a normal, healthier weight and stay at that weight longer.

About 15% of persistent users of marijuana were obese compared to 20% of people who don’t use marijuana.

The researchers explain that it is possible that marijuana users become more conscious of their food intake as they worry about the munchies after marijuana use and gaining weight.

It is also possible that marijuana may modify how certain cells respond in the body and can ultimately delay weight gain.

The team also cautions that marijuana should not be considered a diet aid until more research is done to find out the clear links between marijuana use and body weight.

The lead author of the study is Omayma Alshaarawy, an assistant professor of family medicine.