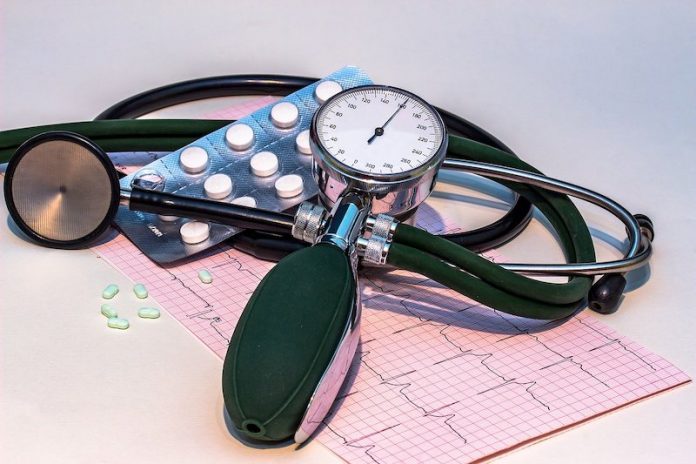 In a new study from the University of Bristol, researchers found that the drug losartan, normally used to treat high blood pressure (hypertension), is not effective in slowing down the progression of Alzheimer’s disease (AD) in people with mild-to-moderate disease after 12 months of treatment.

However, the drug could still be of benefit if prescribed for longer and if given to people with very early disease.

In the study, the team examined whether losartan, compared with a placebo, could reduce brain volume loss, as a measure of disease progression, in people clinically diagnosed with established AD.

Two-hundred and sixty-one people aged 55 years or older diagnosed with AD, who had not been prescribed similar hypertension drugs were tested.

105 were assigned to receive the study drug, 100 mg of losartan, and 106 to the placebo (an identical looking pill with no active medicine) once a day for 12 months.

The team found that 12-months’ treatment with losartan in patients with clinically diagnosed and established mild-to-moderate probable Alzheimer’s disease did not slow down the progression of AD.

However, the team found losartan, given to people earlier and for longer in their development of Alzheimer’s, such as people with certain types of mild cognitive impairment, may still be protective.

They say it is vitally important we continue to search for effective treatments for AD because with an aging population there will continue to be many people diagnosed with the disease.

If you care about Alzheimer’s, please read studies about deaths from Alzheimer’s far more common in these places in U.S. and findings of small changes in movement may predict Alzheimer’s disease.

The study is published in The Lancet Neurology and NIHR Efficacy and Mechanism Evaluation. One author of the study is Professor Pat Kehoe.