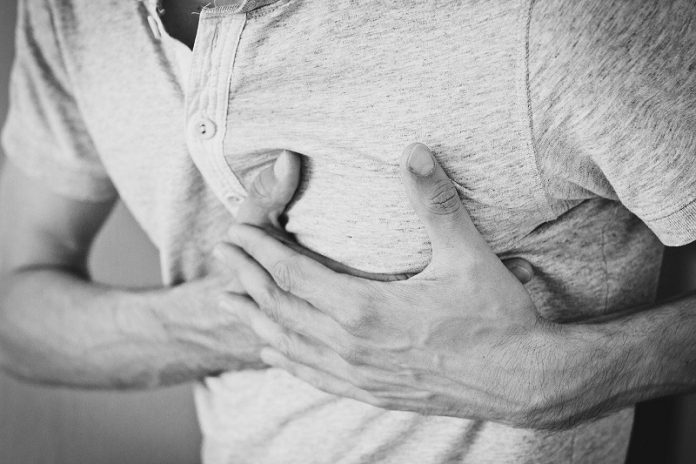 In a new study from the University of Oxford, researchers have identified a drug that could ultimately help improve heart function in people with diabetes who have heart attacks.

The drug, currently in clinical trials as a potential treatment for a form of anemia, could help diabetic hearts to recover and reduce their risk of developing heart failure.

During a heart attack, blood supply to the heart is reduced or cut off, starving the heart of oxygen (hypoxia). In diabetes heart cells are less able to tolerate hypoxia and therefore die more quickly.

Now, the research team has found that a drug known as molidustat can increase levels of a protein that helps cells to adapt and survive after they are starved of oxygen.

They hope that giving molidustat to people with diabetes will help their hearts to recover after a heart attack and reduce their risk of further complications, such as heart failure.

Molidustat, which is taken orally, is currently in phase III clinical trials for treating anemia in chronic kidney disease. It works by increasing levels of a protein called Hypoxia-Inducible Factor 1 (HIF).

When oxygen levels fall HIF levels increase, causing it to activate its ‘target’ genes which help cells to adapt and survive.

In the study, the team exposed human heart cells with insulin resistance, a characteristic of type 2 diabetes, to low levels of oxygen they found that the increase in HIF protein levels was much lower than in control cells without insulin resistance.

But, when they treated the insulin-resistant cells with molidustat, the researchers saw increased levels of the HIF protein and activation of its target genes.

Next the team investigated the impact of molidustat on heart function by exposing hearts from rats with and without type 2 diabetes to low levels of oxygen.

The function of the diabetic hearts was significantly decreased after the period of low oxygen. However, when these hearts were treated with molidustat their function recovered back to the level of those without diabetes.

HIF is also involved in healing processes that happen after a heart attack, such as the growth of new blood vessels, a process known as angiogenesis.

New blood vessels grow to bypass the tissue that has died and ensure a good blood supply to the surrounding areas of the heart that have survived.

The team hopes that molidustat treatment could help to improve blood supply to the heart after a heart attack in people with diabetes.

They say that even with optimal management, people with type 2 diabetes still have a higher risk of developing heart and circulatory diseases. They’re then more likely than people without diabetes to develop heart failure after a heart attack.

This new drug may address this unmet need and improve outcomes for people with diabetes after a heart attack.

If you care about diabetes and your health, please read studies about green tea drinking linked to type 2 diabetes and findings of 5 foods to eat or avoid to control pre-diabetes.

For more information about diabetes prevention and treatment, please see recent studies about type 2 diabetes linked to low back pain and neck pain and results showing that this eye health problem is dangerous for people with diabetes.

The study is published in the journal Diabetes. One author of the study is Dr. Lisa Heather.