Knowridge Science Report
Home Weight Loss Why is our liver health at risk? 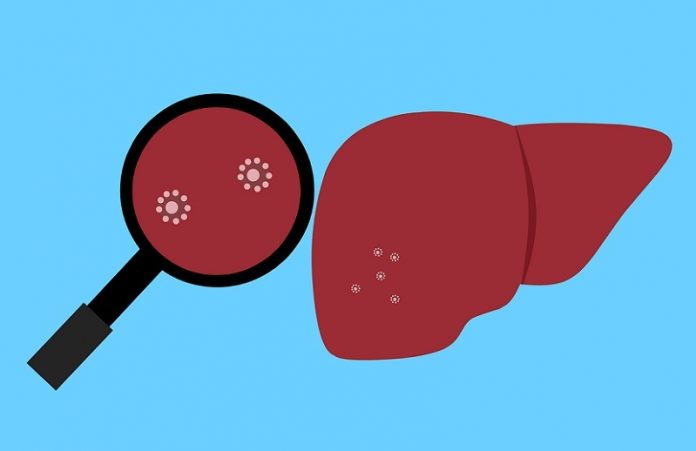 Our body’s largest solid internal organ, the liver, is a humble and quiet contributor to our health, toiling ceaselessly without calling attention to itself.

Other vital organs make their presence known, like instruments in an orchestra.

Our heart thrums and pounds. Our lungs whoosh with air each time we take in a deep breath.

But the liver more closely resembles the silent, energetic orchestra conductor—leading more than 500 necessary functions of the body without emitting a sound as it works on our behalf from where it’s nestled under the right rib cage.

The functions performed by the liver touch many aspects of our health. When we eat, our liver produces enzymes that allow food to be digested.

If we take a tumble or inadvertently slice a fingertip, it manufactures a life-saving blood-clotting molecule so we don’t bleed to death.

The liver metabolizes many of the drugs we take. It also breaks down toxins from inside our body and releases them as by-products that can be eliminated from the body.

More than just an enormous filter, the liver is directly linked with everything we do to our bodies. And several modern U.S. health trends are threatening the liver’s overall health, including rising rates of binge drinking, obesity, and hepatitis C (HCV) infections.

Drinking too much, too quickly

Even as recent statistics show that younger generations—millennials (born 1981 to 1996) and Gen Zers (born 1997 to present)—are drinking less alcohol overall, the truth is that when they do drink, it’s often aggressively.

The Centers for Disease Control and Prevention (CDC) defines binge drinking as five or more drinks during a single occasion for men and four or more for women; this kind of drinking can be extremely hard on the liver.

“I have new patients coming in almost weekly because they’ve been identified for concerns of cirrhosis [late-stage liver scarring]—and then we quickly learn that they do have cirrhosis. The scary thing is that they’re only in their 30s and 40s,” says Yale Medicine liver expert Albert Do, MD.

Cirrhosis—permanent scarring of the liver that causes it to stop functioning—is bad enough, but repeated binge drinking can lead to “alcoholic hepatitis [that] can cause severe liver inflammation without any initial scarring at all,” says Federico Vaca, MD, MPH, a Yale New Haven Hospital emergency medicine physician and alcohol researcher.

The good news, Yale Medicine experts explain, is that reducing alcohol consumption can help the liver start to heal.

Besides traditional 12-step programs, other interventional treatments, from talk therapy to medications that reduce cravings for alcohol, can help patients reduce their dependence on alcohol or stop drinking altogether.

Obesity also presents challenges to the liver. Since the 1980s, the number of U.S. adults with obesity has been rising.

By the year 2030, nearly half of Americans will be obese, and a quarter will be severely obese, according to a study that tracked more than six million U.S. adults over almost two decades.

It’s not just eating unhealthy foods that impacts the liver, the fat itself causes problems. “We carry fat under our skin and in loose tissue, but fat can also be stored in liver cells, which were not designed for that stress,” explains Wajahat Mehal, MD, PhD, director of Yale Medicine’s Metabolic Health & Weight Loss Program.

Extra fat cells in the liver cells can lead to nonalcoholic fatty liver disease (NAFLD), a condition that may cause no symptoms until significant damage has occurred.

Currently, up to one-third of the U.S. population has NAFLD, and about 3 to 5% have a rare subtype of the disease, called nonalcoholic steatohepatitis (NASH) that is even more dangerous. Both conditions can lead to such severe cirrhosis, which—once widespread damage occurs—can only be treated with a liver transplant.

On a positive note, there are blood tests that can detect these liver diseases by measuring liver enzyme levels. For those who seem to be at risk, doctors may also order imaging exams like CT or MRI scans to see whether fat is building up in the liver.

The third issue causing a rise in liver disease is the increasing prevalence of a bloodborne virus called hepatitis C. More than 2.4 million people in the U.S. have chronic hepatitis C virus (HCV) infections, many of whom don’t know it.

This kind of hepatitis is a “silent killer” with no symptoms, says Yale Medicine hepatologist Joseph Lim, MD.

The number of people with hepatitis C tripled between 2010 and 2015. New infections are increasing most rapidly among young people, especially 20- to 29-year-olds, according to the CDC.

“This is primarily a result of increasing injection drug use associated with America’s growing opioid epidemic,” the agency states.

People who become addicted to opioid prescription pain medications often move on to use less expensive injectable drugs such as heroin or start snorting cocaine through shared straws. These behaviors provide opportunity for the blood of one person to infect another.

This steep increase in cases has led the CDC to recommend screening for all adults ages 18 and older at least once in their lifetime and for all pregnant women during each pregnancy.

Until recently, only baby boomers—born 1945 to 1965—were advised to get tested for HCV.

There is good news, however, amidst all these developments. Unlike any other organ in the human body, the liver is able to regenerate. Damaged parts can be taken out and, over time, the liver will heal.

“You can remove up to two-thirds of someone’s liver, and within a few weeks, the entire liver grows back,” says liver expert Michael Nathanson, MD. While the reasons for how it does this are still unclear, researchers are making progress in learning why and understanding what this may mean for treatment in the future.

The liver’s resiliency serves as a reminder of its place in the body: Even though music conductors don’t make a sound, the whole orchestra would be lost without them.