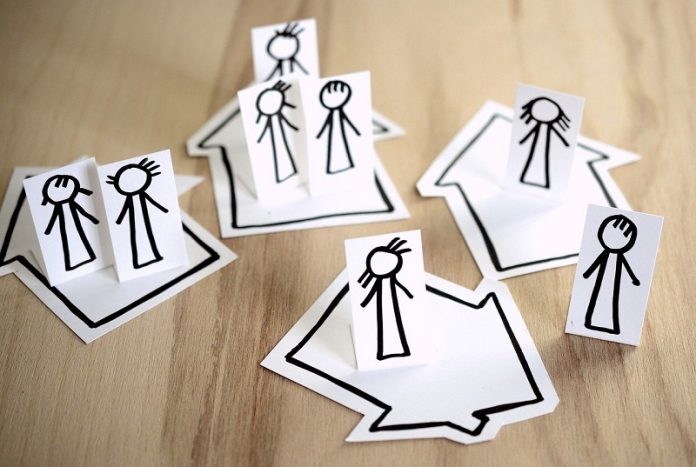 New research shows that when vampire bats feel sick, they socially distance themselves from groupmates in their roost – no public health guidance required.

The researchers gave wild vampire bats a substance that activated their immune system and made them feel sick for several hours, and then returned the bats to their roost.

A control group of bats received a placebo.

Data on the behavior of these bats was transmitted to scientists by custom-made “backpack” computers that were glued to the animals’ backs, recording the vampire bats’ social encounters.

Compared to control bats in their hollow-tree home, sick bats interacted with fewer bats, spent less time near others and were overall less interactive with individuals that were well-connected with others in the roost.

Healthy bats were also less likely to associate with a sick bat, the data showed.

“Social distancing during the COVID-19 pandemic, when we feel fine, doesn’t feel particularly normal. But when we’re sick, it’s common to withdraw a bit and stay in bed longer because we’re exhausted.

And that means we’re likely to have fewer social encounters,” said Simon Ripperger, co-lead author of the study and a postdoctoral researcher in evolution, ecology and organismal biology at The Ohio State University.

“That’s the same thing we were observing in this study: In the wild, vampire bats – which are highly social animals – keep their distance when they’re sick or living with sick groupmates.

And it can be expected that they reduce the spread of disease as a result.”

The study was published in the journal Behavioral Ecology.

Ripperger works in the lab of co-lead author Gerald Carter, assistant professor of evolution, ecology and organismal biology at Ohio State. The two scientists and their co-author on this paper, University of Texas at Austin graduate student Sebastian Stockmaier, are also affiliated with the Smithsonian Tropical Research Institute in Panama.

Carter and Ripperger have partnered on numerous studies of social behavior in vampire bats. Among their previous findings: Vampire bats make friends through a gradual buildup of trust, and vampire bat moms maintained social connections to their offspring even when both felt sick.

For this work, the researchers captured 31 female common vampire bats living inside a hollow tree in Lamanai, Belize. They injected 16 bats with the molecule that induced the immune challenge – but did not cause disease – and 15 with saline, a placebo.

After returning the bats to their roost, the scientists analyzed social behaviors in the colony over three days, including a “treatment period” from three to nine hours after the injections during which the researchers attributed behavior changes to the effects of treated bats feeling sick.

“We focused on three measures of the sick bats’ behaviors: how many other bats they encountered, how much total time they spent with others, and how well-connected they were to the whole social network,” Carter said.

On average, compared to control bats, the sick bats associated with four fewer groupmates over the six-hour treatment period and spent 25 fewer minutes interacting per partner, and the time any two bats spent near each other was shortest if the encounter involved at least one sick bat.

“One reason that the sick vampire bats encountered fewer groupmates is simply because they were lethargic and moved around less,” Carter said.

“In captivity, we saw that sick bats also groom others less and make fewer contact calls. These simple changes in behavior can create social distance even without any cooperation or avoidance by healthy bats. We had previously studied this in the lab. Our goal here was to measure the outcomes of these sickness behaviors in a natural setting.

“The effects we showed here are probably common in many other animals. But it is important to remember that changes in behavior also depend on the pathogen. We did not use a real virus or bacteria, because we wanted to isolate the effect of sickness behavior. Some real diseases might make interactions more likely, not less, or they might lead to sick bats being avoided.”

Although the study did not document the spread of an actual disease, combining the social encounter data with known links between exposure time and pathogen transmission allows researchers to predict how sickness behavior can influence the spread of a pathogen in a social network.

Clearly identifying each bat’s behavior in the colony’s social network was possible only because the proximity sensors – miniaturized computers that weigh less than a penny and fall off within a week or two – took measures every few seconds of associations involving sick or healthy bats or a combination of the two.

Visualizations of the proximity sensors’ recordings showed growth in the number of connections made in the colony’s social network from the treatment period to 48 hours later.

“The proximity sensors gave us an amazing new window into how the social behavior of these bats changed from hour to hour and even minute to minute during the course of the day and night, even while they are hidden in the darkness of a hollow tree,” said Ripperger, who is also a visiting scientist at the Museum of National History in Berlin, Germany.