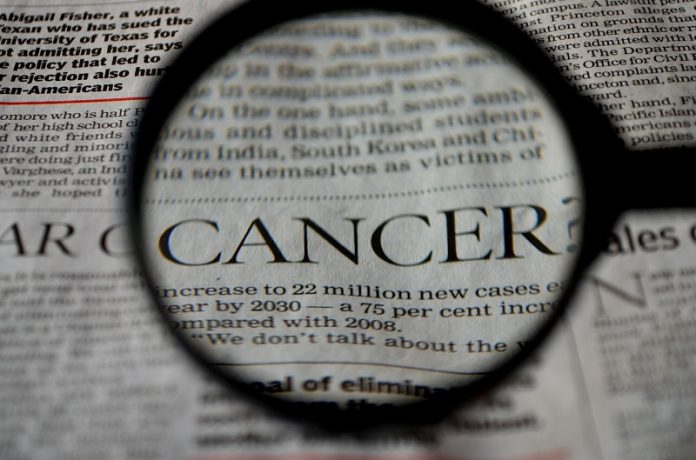 As researchers and medical professionals work to develop new treatments for cancer, they face a variety of challenges.

One is intratumor heterogeneity — the presence of multiple kinds of cancer cells within the same tumor.

Often, these “mosaic” tumors include cells, such as polyploidal giant cancer cells, that have evolved to become aggressive and resistant to chemotherapy and radiation.

In the past, polyploidal giant cancer cells (PGCCs) have been largely ignored because studies had found that they do not undergo mitosis, which is the mechanism that is typically required for cell division.

However, recent studies have found that PGCCs undergo amitotic budding — cell division that does not occur through mitosis — and that their cell structure enables them to spread rapidly.

A new study, published in Proceedings of the National Academy of Sciences, sheds more light and identifies a potential target for treating these aggressive cancer cells.

Vimentin is found in cells throughout the body, but PGCCs were found to have a greater amount of vimentin compared to non-PGCC control cells, and their vimentin was much more evenly distributed throughout the cell.

“These cells appear to play an active role in invasion and metastasis, so targeting their migratory persistence could limit their effects on cancer progression,” said study author Michelle Dawson, an assistant professor of molecular pharmacology, physiology and biotechnology at Brown University.

As cells replicate within a tumor, they become increasingly crowded, and neighboring cells press tightly against them. Eventually, the cells become jammed together in a solid-like mass. Vimentin provides PGCCs with a more flexible, elastic structure, which helps protect them from damage in this situation and allows them to squeeze past their neighboring cells to escape to new, less crowded areas.

Thus, when the researchers disrupted vimentin, they dramatically reduced the cells’ ability to move. In addition, vimentin appears to play an important role in rearranging the nucleus of a dividing cell, so vimentin disruption could also help prevent PGCCs from forming daughter cells.

As a next step, Dawson and her colleagues hope to find a biomarker for PGCCs so that they can study these cells in human tumors.

“This study shows vimentin is overexpressed in PGCCs and is likely responsible for several of their abnormal behaviors,” Dawson said.

“Vimentin is a ubiquitous protein, so targeting vimentin directly may not be an answer, but drugs that target vimentin interactions may be effective in limiting the effects of these cells.”