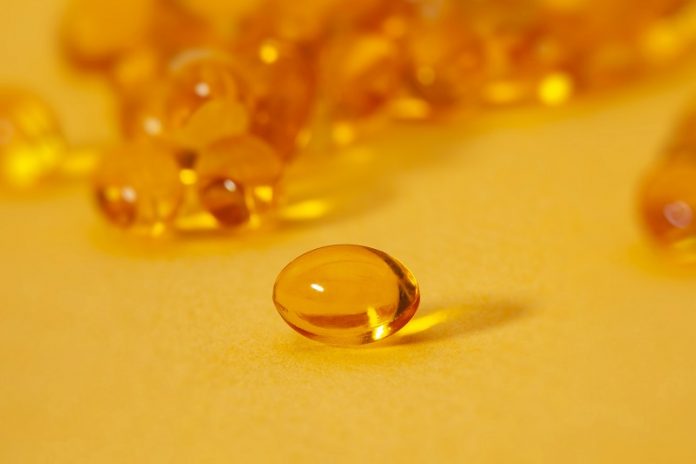 When it comes to vitamin D, most adults exhibit either frank deficiency, which results in clear clinical symptoms, or insufficiency, which often goes undetected.

But how that insufficiency impacts physical health and the vulnerability of older adults to frailty as they age has been difficult to determine.

Now a University at Buffalo study of 24-28–month-old mice, the equivalent of 65-to-80-year-old adults, has found that frailty can be slowed with what might be considered “over” supplementation with vitamin D, referred to as “hypersufficiency.”

Published in Nutrients, the research builds on previous work that Kenneth L. Seldeen has been conducting for more than a decade with colleague professor Bruce R. Troen, MD..

However, the new work reveals that even when mice had sufficient vitamin D levels throughout life and then switched to insufficient levels of vitamin D in old age, the physical impairments appeared much sooner.

“We found that in aged mice, low levels of vitamin D result in physical declines, such as reduced grip strength and grip endurance—the ability to sustain a grip—and that they started developing as soon as one month after reduction of vitamin D intake,” said Seldeen.

A key finding of the study was that over the four months of treatment, vitamin D status played an important role in the onset of frailty.

The investigators measured frailty in mice based on strategies similar to those used for humans, where frailty is defined as having three or more of the following: unexpected weight loss, weak grip strength, poor endurance, low activity levels and slow gait speed.

“Only when mice were given the highest amount of vitamin D, at 8,000 IU per kilogram of chow, did frailty not progress over the timeframe of the study,” said Seldeen.

These findings are particularly relevant to the ongoing discussions about how much vitamin D aging adults need to stay healthy.

“There is disagreement about what level of vitamin D is considered sufficient for adults,” said Seldeen.

He explained that the National Academy of Medicine (NAM) has identified 20 nanograms per milliliter (ng/ml) of vitamin D in the blood as the level necessary for adults to be vitamin D sufficient, based largely on what is needed to maintain bone health.

A growing body of literature suggests that vitamin D is important for other aspects of health, and a number of researchers in the field consider 30 ng/ml as the necessary minimum level, explained Troen.

“We recommend that older adults take a minimum of 2,000 IU of vitamin D per day,” he said. “This is particularly important for our frail geriatric patients. But based upon our research, we believe that a lifetime of ample vitamin D supplementation will optimize long-term functional capacity and health.”

“The findings of our study suggest that a level of even 30 ng/ml is not enough, and that in fact 60 ng/ml was needed in order to prevent frailty progression in these older mice,” Seldeen said. That’s the amount that the NAM considers the safe upper limit for vitamin D in the blood, a level that could roughly be achieved with a maximum daily dose of 4,000 IU/day, considered safe by the NAM.

“To slow the progression of frailty, it actually took greater amounts of vitamin D than what is currently considered sufficient for a human,” said Seldeen.

While this finding is especially intriguing, Seldeen noted that, of course, a single study won’t settle the question.

“Unfortunately, higher than standard amounts of supplementation are rarely investigated,” he said. “However, this study raises the possibility of including higher dose groups into future human trials involving vitamin D.”

Seldeen, Troen and their collaborators plan to pursue future human studies on vitamin D. They are also beginning a new mouse study that will examine the impacts of vitamin D status on the underlying muscle biology during aging to better understand why vitamin D affects physical performance and frailty.

“Using an animal model, we are able to examine these potentially riskier levels of vitamin D and the biological impacts during aging. Also, doing so in genetically identical mice all living the same lifestyle, compared to the complexity of human diversity, allows greater focus on the specific effects caused by the different vitamin D levels.”