Knowridge Science Report
Home Diabetes This hormone therapy can lead to remission in men with type 2... 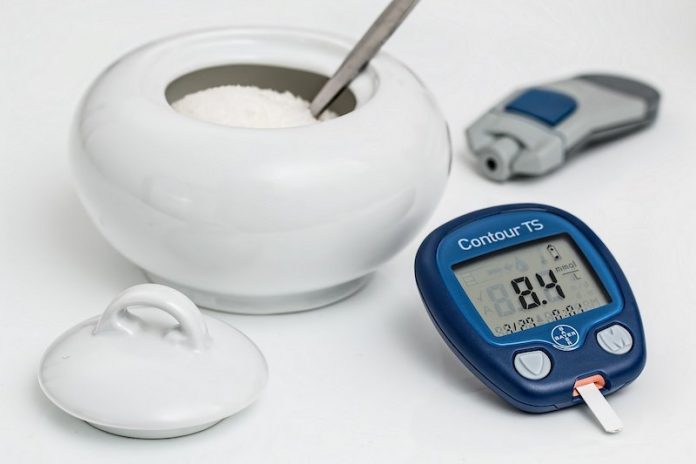 In a new study, researchers found that testosterone therapy reversed Type 2 diabetes in one-third of the male participants.

They conducted the study over 11 years, and the finding could be a game-changer for men with Type 2 diabetes.

The research was conducted by a team at the University at Buffalo.

The condition is common, with more than 3 million new cases per year in the United States. Reduced testosterone concentrations are found in 33% of men with Type 2 diabetes.

The discovery of this syndrome of hypogonadism in type 2 diabetes was made in 2004.

The team then extended the prevalence of this syndrome to include 25% of non-diabetic obese men in 2010.

Thus, diabetes and obesity became the main cause of male hypogonadism. The group went on to demonstrate that such patients have additional insulin resistance that reverses with testosterone treatment in 2016.

Testosterone deficiency, which is also called “male hypogonadism,” contributes to the reduced response of insulin to glucose, increased insulin resistance, and eventually the onset of Type 2 diabetes.

The objective of the study was to determine if men with Type 2 diabetes who also exhibit hypogonadism, when treated with testosterone in addition to their regular diabetes treatment, would demonstrate improved glycemic control and insulin sensitivity and possibly eventually experience remission of Type 2 diabetes.

The team tested 356 men in a single urology practice clinic for over 11 years.

In addition, 178 men with a mean age of 62 years, received 1,000 milligrams of subcutaneously injected, slow-release testosterone every 12 weeks after an initial six-week interval.

The 178 subjects, mean age 64 years, who opted out of the testosterone therapy served as the control group.

The team found that the men treated with testosterone had significant progressive and sustained reductions in their body weight, fasting glucose, HbA1c and fasting insulin over the treatment period.

One-third (34.3%) of men treated with testosterone saw remission of their diabetes; almost half (46.6%) achieved normal glucose regulation with antidiabetic treatment and a vast majority (83.1%) reached their target level of HbA1c.

Patients in the control group saw no remission of diabetes or reduction in glucose or HbA1c levels were noted.

In addition, there were fewer deaths, myocardial infarctions, strokes, and diabetic complications in the group treated with testosterone.

The research shows that long-term treatment with testosterone is potentially a novel additional therapy for men with Type 2 diabetes and hypogonadism.

One author of the study is Paresh Dandona, MD, Ph.D., SUNY Distinguished Professor in the Department of Medicine.

The study is published in Diabetes, Obesity and Metabolism.