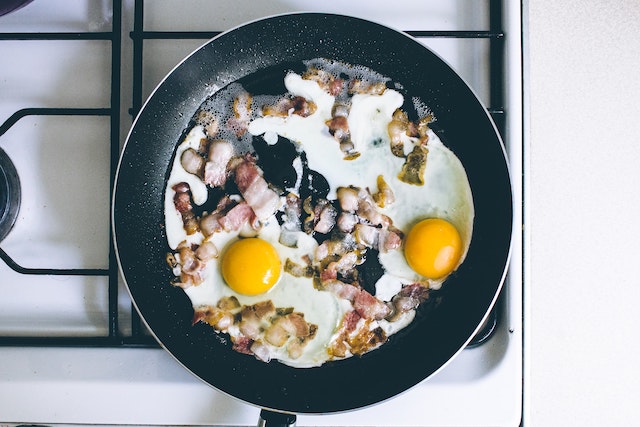 The ketogenic diet might seem counterintuitive to good heart health.

After all, it’s a low-carb, high-fat diet rich in meats, eggs, nuts and dairy. Fruits, root vegetables, grain products and legumes all are prohibited.

The intake is designed to trigger the metabolic state of ketosis, a process that occurs when the body burns off fat as an alternate source of energy.

Typically, that source is a person’s carbohydrate intake, which is converted into glucose and absorbed into the bloodstream.

Although the “keto” diet has some detractors — fitness guru Jillian Michaels has slammed the regimen in recent months — it has produced results for clients of Susan Ryskamp, M.S., RDN, a dietician at the University of Michigan Frankel Cardiovascular Center.

It can be very effective in treating and supporting weight loss and the act of ketosis mimics a fasting state in the body.

What does that mean for your heart?

Losing even a moderate amount of weight on the keto diet can help lessen cardiovascular risk factors such as obesity, high blood pressure and, according to a 2017 study, result in lower LDL (“bad”) cholesterol and higher HDL cholesterol, which helps protect against heart disease.

People on the typical keto diet plan should consume about 75% of their calories from fat. Proteins comprise 20% — and carbohydrates make up just 5 percent.

Cutting out low-quality carbs found in soft drinks and white bread, for instance, is a good idea for anyone, Ryskamp says. Sugar and starches raise the risk for obesity, diabetes and heart disease.

Even with those omissions, vigilance is still needed.

The keto diet isn’t a green light to load up on butter and bacon, which can trigger the health issues you’re trying to remedy or avoid.

Healthful, too, is a steady intake of green vegetables such as broccoli, celery, kale and spinach — all of which are permitted on the keto diet.

Those foods matter: A 2010 study of low-carb dieters found that those who focused on vegetable-based sources of fat and protein had a 23% lower risk of heart disease than those who relied more heavily on meat.

While the short-term results are well-documented, there’s little research on whether following a keto diet is a safe or effective way to keep weight off indefinitely.

Based on the literature, keto diets may be associated with some improvements in cardiovascular risk factors such as obesity, and type 2 diabetes, but these effects are usually limited in time.

Worse, many people gain back the pounds after stopping keto.

Research has found that weight, cholesterol and blood pressure fluctuations caused by yo-yo dieting can increase the risk of heart attack or stroke by 40%.

Consult your doctor before starting a keto diet

Regardless of their health status, all patients should consult their doctor before going on the keto diet.

The reason: to rule out any existing concerns or ailments that could make the approach harmful to their heart or the rest of their body.

A small subset of people appears to experience increased cholesterol levels on a low-carb diet, so a family history of heart disease should be discussed.

Because excess protein must be broken down by the kidneys, people with kidney problems should avoid keto.

Those with liver problems also face specific risk, as the diet involves higher concentrations of fat for the body to process.

Beyond that, dietary basics should be part of the conversation — as a keto regimen can present unique nutritional deficiencies for herbivores and omnivores alike.

“If you’re doing a very low-plant-based diet, you run the risk of not having adequate intake of some of your phytonutrients and micronutrients,” Ryskamp says.

“And it would be difficult for a vegetarian to adopt a ketogenic diet without taking some sort of supplement.”

It’s also a good idea to ask about checking in with your doctor more frequently.