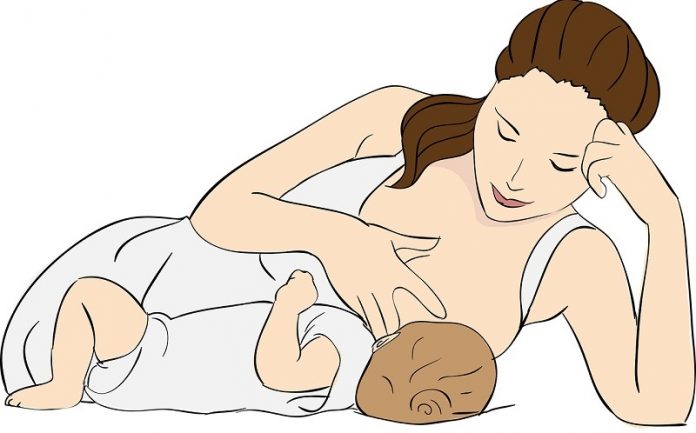 A component of breast milk may help protect premature babies from developing sepsis, a fast-moving, life-threatening condition triggered by infection.

Researchers at Washington University School of Medicine in St. Louis and Mayo Clinic in Rochester, Minn., have found—in newborn mice—that a molecule called epidermal growth factor in breast milk activates receptors on intestinal cells to keep dangerous gut bacteria from migrating into the bloodstream, where such microbes can prompt sepsis.

The researchers also found that breast milk with higher levels of this epidermal growth factor, especially from the earliest days of lactation following birth, is most effective in preventing dangerous bacteria from getting into the bloodstream.

The findings are published March 16 in the Proceedings of the National Academy of Sciences.

“These findings give us a better understanding of one of the scenarios that triggers sepsis, and a potential new tool to combat this condition.”

The study looked at late-onset sepsis, which strikes at least 72 hours after a baby is born and up to 60 days after birth and accounts for 26% of all deaths in infants born prematurely.

About 10% of infants born preterm experience late-onset sepsis, and 30% to 50% of those who develop the infections die.

Much of the focus on preventing late-onset sepsis relies on improving aseptic techniques, such as making sure a baby’s skin is bacteria free and that intravenous lines and other life-saving tubes don’t harbor potentially deadly bacteria.

“The idea, initially, was that these infants became septic from their intravenous lines and that bacteria got into the blood through breaches in the skin,” Newberry said.

“That is true in some cases, but improving sterilization techniques hasn’t eliminated these infections.”

Newberry and his former postdoctoral fellow, Kathryn A. Knoop, Ph.D., now an assistant professor of immunology at Mayo Clinic, were curious about whether gut bacteria play a role in sepsis that develops in newborns, particularly when such microbes migrate into the bloodstream.

The culprits allowing the bacteria to move into the blood are intestinal cells called goblet cells. These cells secrete mucus to help prevent harmful bacteria from getting into the gut, but they also chaperone bacteria out of the gut, across the immature intestinal lining of a preemie.

That scenario provides an entryway for sepsis-causing bacteria to gain access to the bloodstream.

“The critical realization here is that bacteria from the gut can invade the bloodstream,” said co-investigator Phillip I. Tarr, MD, the Melvin E. Carnahan Professor of Pediatrics and director of the Pediatric Division of Gastroenterology, Hepatology and Nutrition.

“Understanding how bacteria moves from the gut into the blood gives us an opportunity to do something about these infections. And the study suggests that breast milk, preferably a mother’s own breast milk from her earliest days of breastfeeding, appears to be a very effective way to fend off these infections.”

In this study, the researchers gave newborn mice a solution containing Escherichia coli bacteria isolated from the bloodstream of a late-onset sepsis patient shortly after birth.

The mouse pups then were nursed either by their own mother or another mother who had given birth to pups at an earlier time, resulting in her breast milk containing lower amounts of epidermal growth factor.

The mice that developed blood infections were those nursed by females that had been lactating for longer periods of time and, therefore, had lower levels of epidermal growth factor in their milk.

“One of the big implications is not only the necessity of using breast milk to feed preemies whenever possible,” said Knoop, the paper’s first author, “but milk with higher concentrations of epidermal growth factor.”

Newberry said it may be possible to add epidermal growth factor to donor breast milk or formula that has lower amounts of the important substance.

“Frequently, donor milk is donated by women near the end of their lactation,” he said. “But that milk may not be maximally beneficial to premature babies. We think it may be possible to increase the concentration of epidermal growth factor in the milk that lacks adequate amounts so that we can give that fortified milk to premature infants.”

Unlike antibiotics that tend to kill bacteria indiscriminately, breast milk containing higher amounts of epidermal growth factor would not kill harmful or beneficial bacteria in the gut, but might keep such bacteria out of the bloodstream.

“This probably is not a strategy that we would use to treat an infection,” Tarr said. “But it may well be useful in the near future to prevent potentially deadly infections.”