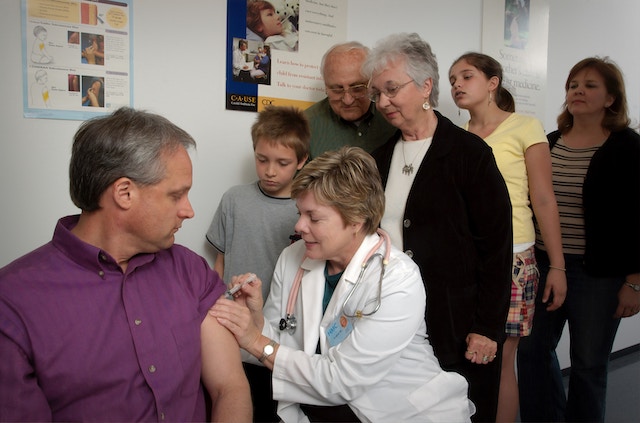 The vaccine for shingles protects against the often painful infection caused by the chickenpox virus. But new research suggests that’s not its only benefit – it also may reduce stroke risk.

More than 99% of Americans who are at least 40 years old carry the dormant chickenpox virus, also known as the varicella-zoster virus.

Shingles is a reactivation of the chicken pox virus and typically occurs after age 50.

The risk of developing shingles, which causes skin blisters and can have serious complications, increases with age and other health conditions.

“One in 3 people who have had chickenpox develop shingles in their lifetime,” the study’s lead researcher, Quanhe Yang, said in a news release. He is a senior scientist at the Centers for Disease Control and Prevention.

Shingles can increase risk for stroke, potentially because of inflammation caused by the virus, Yang said.

The preliminary research, which will be presented next week at the American Stroke Association’s International Stroke Conference in Los Angeles, shows one type of shingles vaccination – Zoster Vaccine Live – may prevent some older adults from having a stroke.

The vaccine reduces the risk for shingles by about 51%, Yang said, but its effect declines with age.

The beneficial effects of the vaccine varied by age, reducing stroke risk by nearly 20% among those younger than 80 compared with about 10% for those 80 and older.

Yang hopes the findings encourage more people to get the vaccine.

“Approximately 1 million people in the United States get shingles each year, yet there is a vaccine to help prevent it,” said Yang.

“Our study results may encourage people ages 50 and older to follow the recommendation and get vaccinated against shingles. You are reducing the risk of shingles, and at the same time you may be reducing your risk of stroke.”