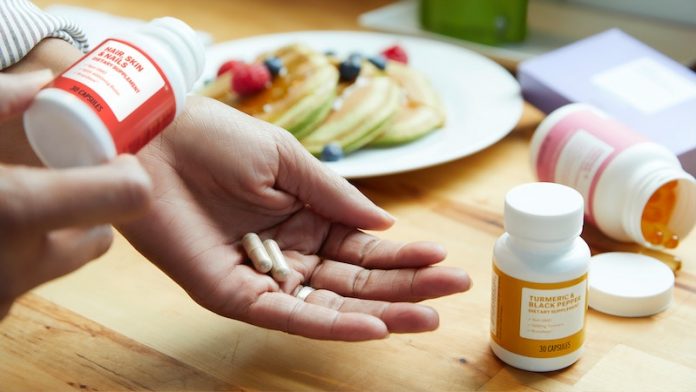 In a new study, researchers found a self-prescribed high dose of over-the-counter niacin is linked to injury of a specific cell type in a patient’s eye.

The injury could lead to severe vision loss. Luckily, the researchers found that discontinuing the vitamin led to the reversal of the condition.

The research was conducted by a team at the New York Eye and Ear Infirmary of Mount Sinai (NYEE).

Niacin, also known as vitamin B3, is used for lowering hyperlipidemia or cholesterol and comes in prescription and over-the-counter forms.

It can produce a rare toxic reaction called niacin-induced cystoid maculopathy, a form of retinal swelling.

In the study, the team reported on a 61-year-old patient who arrived at the hospital with worsening blurry vision in both eyes that began a month earlier.

The initial exam showed that the patient was almost legally blind, with best-corrected visual acuity of 20/150 in the right eye and 20/100 in the left eye.

The patient told doctors his medical history included significant hypertension and hyperlipidemia, but initially failed to disclose the extent of his self-prescribing.

Subsequently, he admitted to taking an extensive list of supplements, which included three to six grams of niacin daily for several months to reduce his risk of heart disease events and was unaware of the risk to his eyesight.

He purchased the supplement at a drug store after a doctor told him he had high cholesterol.

The standard dosage is one to three grams a day with a maximum dose of six grams, but doctors typically warn against treating the condition with supplements purchased over the counter and prefer to prescribe and monitor an FDA-approved dose of niacin.

The diagnosed the problem using several state-of-the-art technologies to examine his retina for evidence of cellular damage and monitor his response to therapy.

The high dose of niacin led to cystoid macular edema of the retina, which is fluid in the macula (a small area in the center of the retina that produces detailed and centralized vision) that causes swelling.

The team also found that discontinuation of the vitamin reversed this effect and restored retinal function and electrical signals.

They explained the situation to the patient and advised him to stop taking the over-the-counter niacin immediately. At his one-week follow-up appointment, his vision had noticeably improved.

Two months later, the dysfunction had completely resolved and his vision was back to 20/20.

The team says people who depend on vision for their livelihood need to realize there could be long-lasting consequences from inadvertent overdosing on this vitamin.

This case serves to remind everyone about the importance of talking to one’s physician prior to taking any supplement, or over-the-counter product.

The lead author of the study is Richard Rosen, MD, Chief of Retina Services at NYEE and the Mount Sinai Health System.

The study is published in the Journal of VitreoRetinal Diseases.