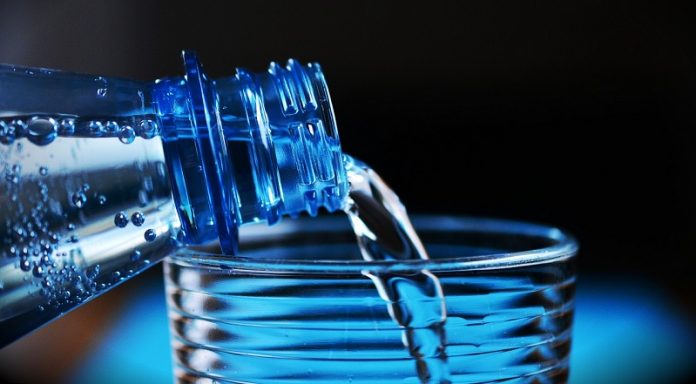 The problem is that a large proportion of American children are dehydrated.

The study, which Hillman conducted with Northeastern doctoral student Daniel Westfall and research colleagues at the University of Illinois and the French food group Danone, looked at how children ages 9 to 11 fared on tests that assessed their cognitive abilities after drinking various amounts of water.

The results showed a correlation between how much water they drank, and how quickly they responded to tests that required them to switch between different tasks.

The study builds on existing research linking dehydration and poor cognitive function in children, a group that Hillman contends is more vulnerable to involuntary dehydration.

And, he says, that’s cause for concern.

“One of the issues is that kids are dependent upon adults for hydration,” says Hillman, a professor of psychology, physical therapy movement and rehabilitation sciences at Northeastern.

“Sitting in school for six hours, other than lunchtime milk, if you want to use the restroom or have a drink of water, you have to raise your hand, ask permission. And that’s a yay or nay, right?

So, one of the very simple things that could happen is that kids could have water bottles at their desk to promote better hydration.”

Using urine samples to determine the pre-adolescents’ levels of hydration, Hillman’s study measured changes in the children’s cognitive performance under three conditions: what they normally drink, half a liter, and 2.5 liters of water daily over the course of four days.

“We show cognitive flexibility and memory were the big winners, so to speak,” says Hillman. “We found that the kids who were more hydrated at baseline perform better on these tests, but they also performed better in the high intake condition, suggesting that it’s actually not dehydration, but hydration in this case, that promotes better cognitive function.”

Hillman, an associate director at the Center for Cognitive and Brain Health at Northeastern, said he was approached about studying hydration nearly eight years ago by scientists from Danone, which owns Evian water and funded this study.

He said he applied much of the same methodology, tools, and protocols he used in his ongoing work on physical activity and obesity in children to the hydration study.

“A lot of what we study actually in the center here are lifestyle changes,” he says. “Whether it’s taking in more water and being more hydrated or being physically active—these are low-cost, easy fixes.”

Hillman added that the door is wide open to continue exploring the relationship between hydration and cognitive performance.

He wants to potentially repeat the study, focusing on how hydration affects brain structure and function, short- and long-term memory, and children’s performance in school.

“I have a lot of interest in looking at brain connectivity and how the major neural networks in the brain are influenced by hydration status,” he says.

“I think that that’s very telling. It speaks directly to health outcomes, and that’s something that we do here at the center.”