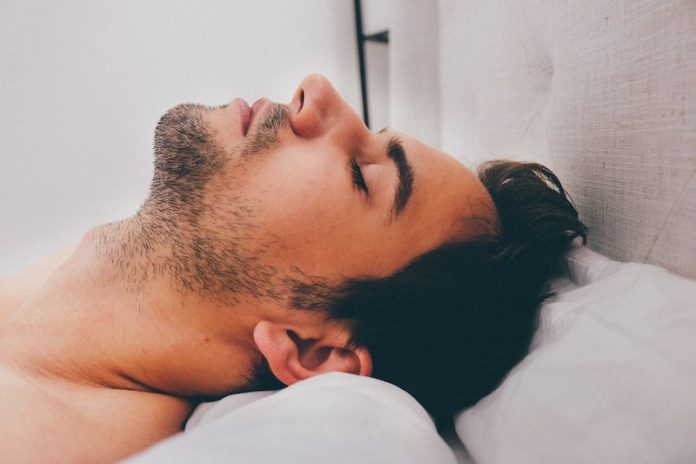 In a new study, researchers found that severe sleep apnea is a risk factor for developing diabetic macular edema, a complication of diabetes that can cause vision loss or blindness.

The research was conducted by a team from Taiwan.

While earlier research showed a weak connection between the two conditions, the evidence is mounting that sleep apnea exacerbates underlying eye disease.

When people with diabetes have poor control over their blood sugar levels, the tiny blood vessels at the back of the eye can become damaged.

This condition is called diabetic retinopathy and it’s a leading cause of blindness in the United States.

Sometimes, tiny bulges protrude from the blood vessels, leaking fluid and blood into the retina. This fluid can cause swelling or edema in an area of the retina that allows us to see clearly.

Sleep apnea is a sleep disorder in which breathing repeatedly stops and starts, disrupting sleep and causing blood oxygen levels to drop.

This drop-in oxygen appears to unleash a host of changes in the body that may play a role in injuring blood vessels.

People with sleep apnea are at risk of developing hypertension, heart attacks, stroke, and type 2 diabetes.

But what about the eyes? Researchers believe that sleep apnea may contribute to the development and worsening of diabetic retinopathy by increasing insulin resistance, elevating inflammation and raising blood pressure, all of which can damage the blood vessels at the back of the eye.

To learn more, the team looked at data from all patients diagnosed with diabetic retinopathy over an 8-year period at Chang Gung Memorial Hospital in Taiwan.

These patients required three or more treatments in medical or laser therapy.

The team hopes that more medical professionals will approach sleep apnea as a risk factor for diabetic macular edema.

This could allow for earlier medical intervention so patients can keep more of their vision and preserve their overall health as much as possible.

The lead author of the study is Juifan Chiang, MD.

The study was presented at AAO 2019, the 123rd Annual Meeting of the American Academy of Ophthalmology.