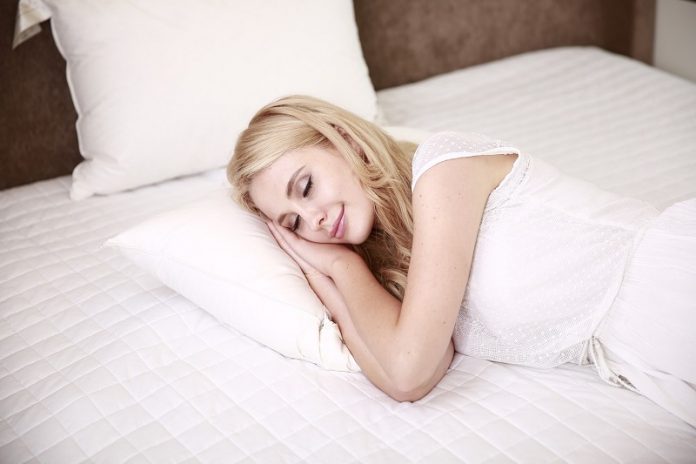 In a new study, researchers found any problem behavioral issues in childhood can lead to severe insomnia in middle age.

They suggest parents should help their children with better sleep patterns.

The research was conducted by a team from Flinders University.

Insomnia is the most common sleep disorder in adults, estimated to affect almost one in three people.

Chronic insomnia is associated with an increased risk of mental health and other health, wellbeing and economic consequences including working capacity.

The team used data from a long-running UK population study to examine links between moderate to severe childhood behavioral problems and insomnia in adults by the age of 42 years old.

The United Kingdom 1970 Birth Cohort Study is a large-scale study of more than 16,000 babies born in a single week.

The study focused on behavioral problems reported by parents, including cases of restlessness, disobedience, fighting, bullying, property damage, and theft and irritability.

The team found a consistent association of behavioral problems during childhood, particularly at ages 5 and 10 years, with insomnia symptoms in adulthood.

The findings suggest that early intervention to manage children’s problematic behaviors, such as bullying, irritability or constant restlessness, may reduce the risk of adult insomnia.

The team says as well as identifying sleep problems early in life, scientists should also identify children with moderate to severe behavioral problems that persist through childhood as potential beneficiaries of early intervention with a sleep health focus.

This study is the first to suggest a link between early-life behavioral problems in children and addressing insomnia, from a life-long perspective.