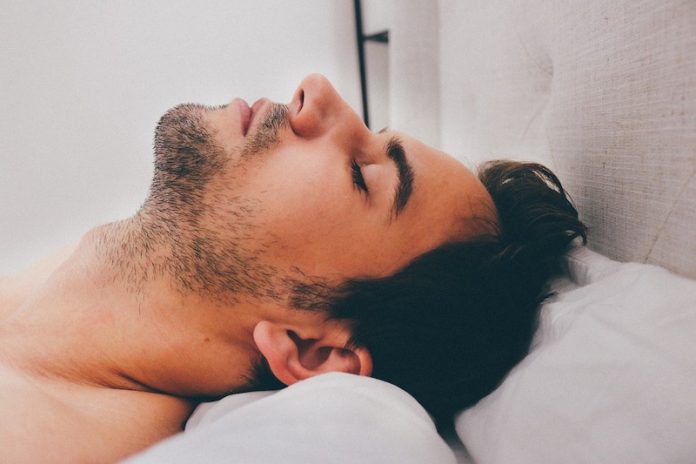 Sleep disturbances have been observed in people with mild cognitive impairment, a warning sign for Alzheimer’s disease.

The biggest changes in these patients include a reduced amount of time spent in the deepest stage of sleep.

In a recent study from Northwestern University, researchers found that gentle sounds played during specific times during sleep could boost deep or slow-wave sleep.

The effect is strong in older people with mild cognitive impairment.

In addition, people whose brains responded the most robustly to the sounds showed improved memory in the following day.

The study is published in the Annals of Clinical and Translational Neurology. The lead author is Dr. Roneil Malkani, an assistant professor of neurology at Northwestern University.

Previously, the team had shown that that sound stimulation improved memory in older adults.

In this study, they tested sound stimulation overnight in nine people with mild cognitive impairment.

These people spent one night in the sleep laboratory and another night there about one week later. Each participant received sounds on one of the nights and no sounds on the other.

The sound stimulation consisted of short pulses of pink noise, similar to white noise but deeper, during the slow waves.

The people did memory tests the night before and again in the morning.

The team found that the participants who had an increase in their slow-wave activity after the sound stimulation could remember more words.

There was also a strong relationship between the enhancement of deep sleep by sound and memory: the greater the deep sleep enhancement, the better the memory response.

The team says that slow-wave or deep sleep may be an important way to benefit people with mild cognitive impairment.

They hope the study will help develop new treatment of mild cognitive impairment and Alzheimer’s disease.