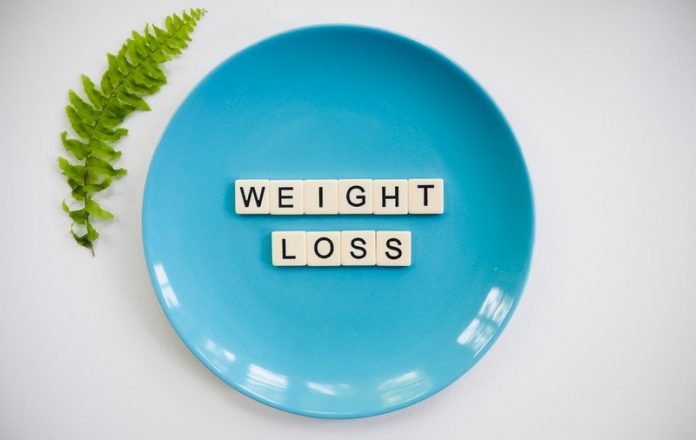 In addition, the treatment led to improvements to their blood glucose, with some patients’ reducing to near-normal levels.

The research was conducted by a team from Imperial College London.

Obesity is a common problem in the UK and it is estimated that one in four adults are obese.

One of the most common types of weight loss surgery is a procedure known as gastric bypass surgery, which can be very effective in keeping excess weight off and improving blood sugar levels in diabetics.

However, some patients decide against surgery and the procedure can cause complications such as abdominal pain, chronic nausea, vomiting, and debilitating low blood sugar levels.

Previous research has found that one of the reasons why gastric bypass surgery works so well is because three specific hormones originating from the bowels are released in higher levels.

This hormone combination, called ‘GOP’ for short, reduces appetite, causes weight loss and improves the body’s ability to use the sugar absorbed from eating.

In the study, the team wanted to see if infusing patients with the GOP hormones glucagon-like peptide-1 (GLP-1), oxyntomodulin and peptide, to mimic the high levels seen after surgery, could help them lose weight loss reduce high glucose levels.

Fifteen patients were given the GOP treatment for four weeks using a pump that slowly injects the GOP mixture under the skin for 12 hours a day, beginning one hour before breakfast and disconnecting after their last meal of the day.

The team found patients on the GOP treatment lost an average of 4.4kg, compared with 2.5kg for participants receiving a saline placebo. The treatment also had no side effects.

However, patients who received bariatric surgery or who followed a very-low-calorie diet lost much more weight than GOP patients.

The changes in weight were 10.3kg for the bariatric patient and 8.3kg for patients who followed a very low-calorie diet.

The team also found that GOP was capable of lowering blood glucose levels to near-normal levels, with little variation in the blood glucose.

Patients who received bariatric surgery also had an overall improvement in blood glucose, but the levels were much more variable, leaving them vulnerable to low blood glucose levels.

The team says although the weight loss was smaller, using the GOP infusion would be preferable as it has fewer side effects than bariatric surgery.

This result shows that it is possible to obtain some of the benefits of a gastric bypass operation without undergoing the surgery itself.

If further trials are successful, in future we could potentially give this type of treatment to many more patients.

The lead author of the study is Professor Tricia Tan, Professor of Practice (Metabolic Medicine & Endocrinology) at Imperial College London.