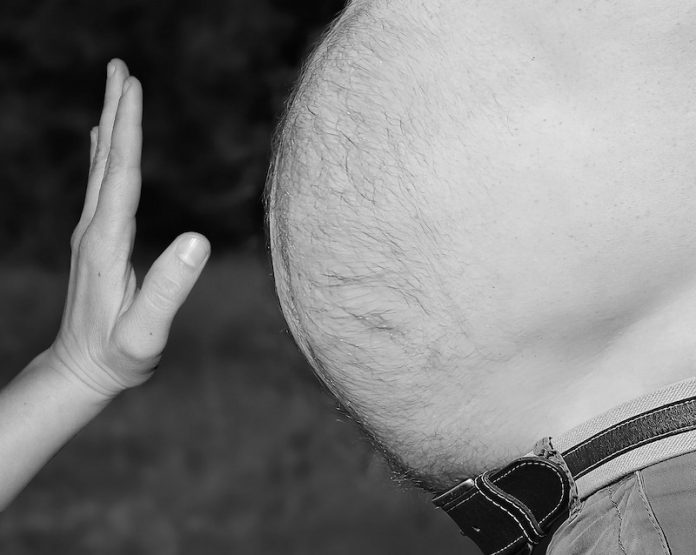 In a new study, researchers found carrying excess body fat could increase the risk of depression.

The found the more fat, the greater the probability of developing depression.

BMI is calculated solely on the basis of body weight and height and is, therefore, a fairly crude measure that does not take build and muscle mass into account.

In the study, the team focused on the specific link between the amount of body fat and the risk of depression.

They found carrying 10 kilograms of excess body fat could increase the risk of depression by 17%.

In addition, the more fat, the greater the probability of developing depression.

The study also indicated that the location of the fat on the body makes no difference to the risk of depression.

This suggests that it is the psychological consequences of being overweight or obese which lead to the increased risk of depression, and not the direct biological effect of the fat.

The findings are particularly significant in light of the fact that almost 40% of the world’s adult population is overweight.

In addition to the known physical consequences of obesity such as diabetes and cardiovascular disease, there is also a strong and now well-documented psychological component, which needs to be dealt with as well.

One author of the study is Dr. Søren Dinesen Østergaard.

The study is published in Translational Psychiatry.

Life in these star-systems could have found backlit Earth

This type of snacks may increase your death risk in heart disease, cancer

Scientists find a new sign of Alzheimer’s disease in eyes