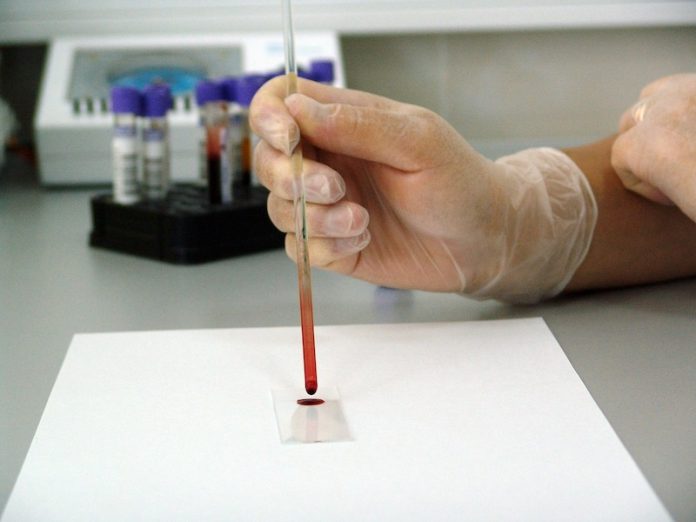 In a new study, researchers have found markers that can distinguish between major subtypes of lung cancer and can accurately identify lung cancer stage.

They examined both blood samples and tumor tissues from patients with non-small-cell lung cancer.

The test could accurately predict whether the blood samples came from patients with shorter or longer survival following lung cancer surgery.

The research was done by a team from Massachusetts General Hospital (MGH).

Currently, the US Preventive Services Task Force recommends that middle-aged and older people with a history of heavy smoking should be screened every year for lung cancer with low-dose CT.

Low-dose CT is effective at detecting small lung tumors, but the cost of CT screening and risks of repeated radiation exposure make it hard to be used for screening of the general population.

It is important to develop a low cost, minimally invasive method for identifying people who may require further CT screening to catch lung cancer at earlier, more readily treatable stages.

In the new study, the team examined paired blood samples and tumor tissues in lung cancer patients taken at the time of surgery.

They also examined blood samples from 29 healthy volunteers who served as controls.

They identified specific metabolites that showing the differences between the profiles.

The results could signal whether a patient had different types of lung cancer, which require different treatments.

The team also found that the method could distinguish between early-stage disease and later disease stages.

This finding can help identify early on those patients at especially high risk for early death, who might benefit from clinical trials of new drugs.

The team plans to develop a blood test that could be included as part of a standard lung cancer screening.

Patients identified by the blood screen would then be referred for CT.

One author of the study is Leo L. Cheng, Ph.D., an associate biophysicist in the departments of Pathology and Radiology at MGH.

The study is published in the open-access journal Scientific Reports.