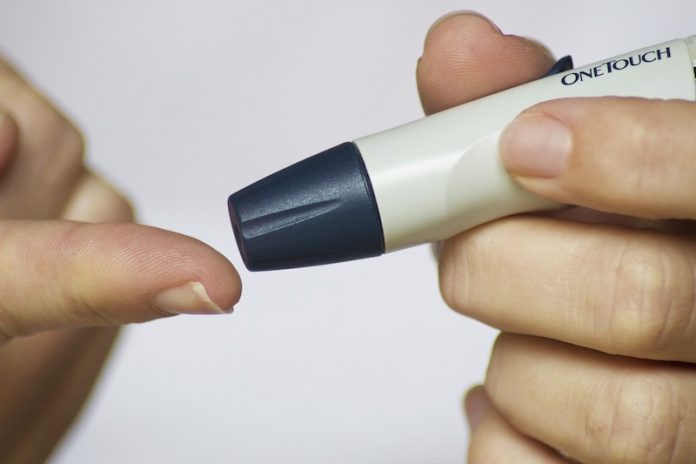 In a new study, researchers found that people with type 2 diabetes may have a higher risk of cancer.

In some places such as Scotland, cancer has overtaken heart disease as the most common cause of death in adults with type 2 diabetes.

The research was conducted by a team from the Diabetes Day Centre, University Hospital.

Previous research has shown that type 2 diabetes is linked to increased mortality risk.

People with diabetes have higher risks of both heart disease and cancer.

In the study, the team examined the causes of death of people with type 2 diabetes in Ayrshire and Arran, Scotland between 2009 and 2014.

They compared them with national mortality rates.

The result showed that overall, the most common cause of death was cancer (27.8%) followed by heart disease (24.1%).

In addition, the rate of cancer deaths was much higher in women than in men.

Heart disease death rate was highest for both men and women in people under 65.

The findings confirm a higher risk of early death in people with type 2 diabetes compared with the general population.

They also suggest that while heart disease is being treated aggressively, cancer takes on greater importance in the cause of death.

Future work needs to focus on cancer prevention in people with type 2 diabetes.

The lead author of the study is Andrew Collier from the Diabetes Day Centre, University Hospital.

The study is published in the Journal of Diabetes Investigation.