Knowridge Science Report
Home Cancer Even one small glass of soda or juice per day may rise... 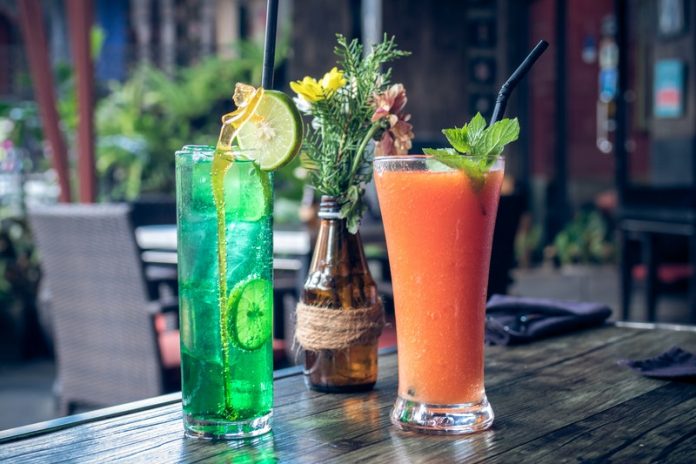 In a new study, researchers found that drinking even a small amount (100 ml) of sugary soda or juice every day is linked to increased cancer risk.

The finding supports that limiting sugary drink consumption, together with taxation and marketing restrictions, may protect people from cancer.

The research was conducted by a team from several institutes in France.

It is convincingly linked to the risk of obesity, which in turn is recognized as a strong risk factor for many cancers.

However, the direct link between sugary drinks and the risk of cancer is still unclear.

In this study, the team examined the links between the consumption of sugary drinks (sugar-sweetened beverages and 100% fruit juices), artificially sweetened (diet) beverages, and risk of overall cancer, as well as breast, prostate, and bowel cancers.

They tested more than 100,000 healthy French adults with an average age of 42 years.

Participants completed at least two 24-hour online validated dietary questionnaires and were followed up for a maximum of 9 years (2009-2018).

The team found that the average daily consumption of sugary drinks was greater in men than in women.

During the follow-up period, 2,193 people were diagnosed with cancer, including 693 breast cancers, 291 prostate cancers, and 166 colon cancers. The average age at cancer diagnosis was 59 years.

In addition, the consumption of both fruit juices and other sugary drinks was linked to a higher risk of overall cancer.

No link was found for prostate and colon cancers, but numbers of cases were limited for these cancer locations.

The researchers also found the consumption of artificially sweetened (diet) beverages was not linked to a risk of cancer. But future work needs to confirm the finding.

The team explains that sugar contained in sugary drinks may increase visceral fat (stored around vital organs such as the liver and pancreas), blood sugar levels, and inflammation, all of which are linked to increased cancer risk.

Food additives in some sodas might also play a role.

The team says people need to limit their sugary drink consumption, including 100% fruit juice in their daily diet. This may protect them from cancer.

The lead author of the study is Eloi Chazelas.