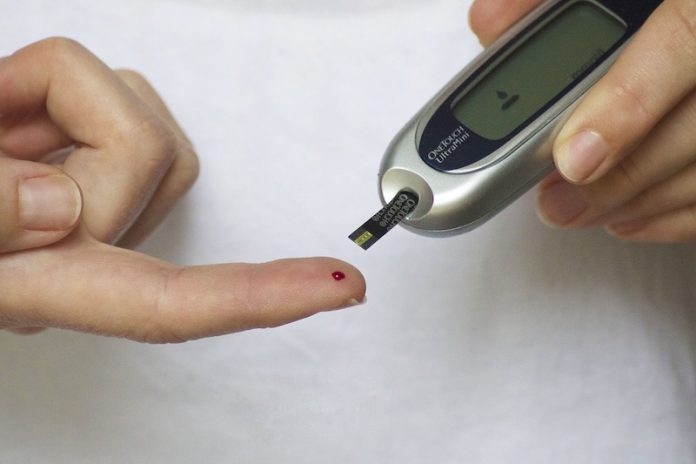 In a new study, researchers found that diabetes confers a greater excess risk of heart failure in women than men.

The research was conducted by a team from the University of New South Wales in Australia and other institutes.

It is now recognized that diabetes and heart failure (whereby the heart pumps blood less efficiently) often occur together.

Heart failure is the second most common initial presentation of heart disease in people with type 2 diabetes—more common than a heart attack or stroke.

The number of people with heart failure is expected to rise, making earlier prevention and treatment essential.

Previous research has shown that diabetes confers a greater risk of coronary heart disease (CHD) and stroke, as well as dementia and cancer in women compared with men.

In the new study, the team examined sex differences in the risk of heart failure linked to diabetes.

They reviewed published studies about sex-specific risk information of the association of diabetes with heart failure.

A total of 14 studies provided useable data. Two of these included data on type 1 diabetes, and data on type 2 diabetes and heart failure were available from 13 studies.

This means a 47% higher risk of heart failure for women compared to men.

This means a 9% higher risk of heart failure for women compared to men.

The team explains that diabetes may confer a higher risk of CHD in women than men. CHD is a major cause of heart failure in people with type 2 diabetes.

A higher risk of CHD related to diabetes has previously been shown to be greater in women.

Secondly, women tend to have poorer blood sugar control than men, which makes them more likely to have diabetes-related heart failure.

Another possibility is that under-treatment for women with diabetes may contribute to the development of diabetic cardiomyopathy, a disease of the heart muscle causing it to become thick or rigid.

Finally, many women with a prolonged period of high blood sugar levels are undiagnosed with diabetes. This may increase the risk of heart dysfunction.

The team says future work needs to understand the mechanisms under the higher heart failure risk in women with diabetes.

The lead author of the study is Dr. Toshiaki Ohkuma from the George Institute for Global Health.

The study is published in Diabetologia.