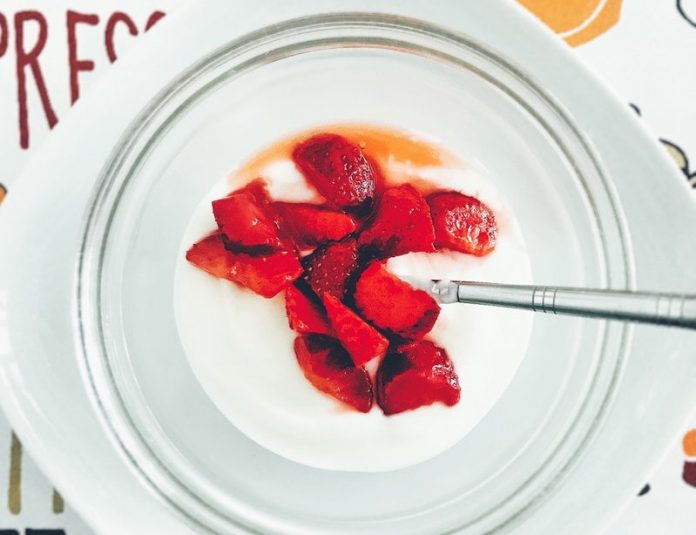 In a new study, researchers found that eating two or more weekly servings of yogurt may help to lower the risk of developing the abnormal growths in men.

The abnormal growths are called adenomas, which often precede the development of bowel cancer.

The researchers found that the benefit of yogurt was strongest for adenomas that are highly likely to become cancerous, and for those located in the colon rather than in the rectum.

Previously research has shown that eating a lot of yogurt might lower the risk of bowel cancer by changing the gut microbiome.

However, it has been unknown whether yogurt intake might also be linked to a lower risk of pre-cancerous growths.

In the new study, the team examined the diets and development of different types of adenomas among 32,606 men in the Health Professionals Follow Up Study and 55,743 women in the Nurses Health Study.

All the study participants had a lower bowel endoscopy between 1986 and 2012.

The lower bowel endoscopy is a procedure that enables a clinician to view the inside of the gut.

And every four years, the participants reported detailed information on lifestyle and diet, including how much yogurt they ate.

The team found that during the study period, there were 5811 adenomas developed in the men and 8116 in the women.

They found that compared with men who didn’t eat yogurt, men who ate two or more servings a week were 19% less likely to develop an adenoma.

In addition, the lower risk was even greater (26%) for adenomas that were highly likely to become cancerous, and for those located in the colon rather than in the rectum.

The researchers found no such links between yogurt intake and the development of adenomas among the women.

They explain that Lactobacillus bulgaricus and Streptococcus thermophilus, two bacteria commonly found in live yogurt, may lower the number of cancer-causing chemicals in the gut.

In addition, yogurt may fight inflammation and may reduce the ‘leakiness’ of the gut as adenomas are linked to increased gut permeability.

Future work needs to confirm the findings and uncover the biology involved.

The study is published in the journal Gut.