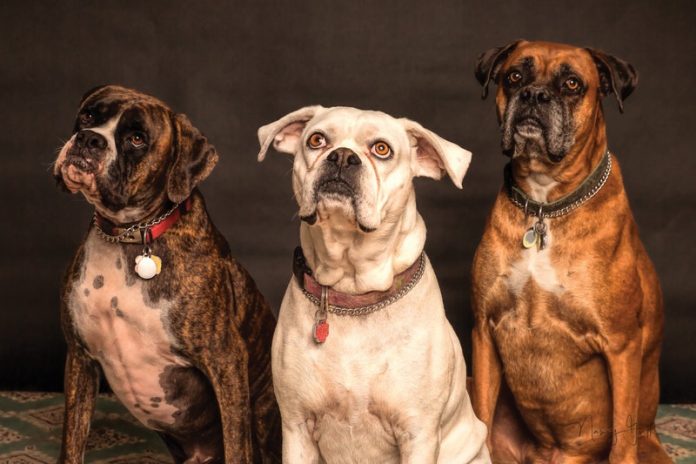 In a new study, researchers found that cancer-sniffing dogs are 97% accurate in detecting lung cancer.

The finding may help develop a new method to detect lung cancer at early stages.

The research was conducted by a team from Lake Erie College of Osteopathic Medicine.

Lung cancer is the leading cause of cancer death worldwide for both women and men, and more than 200,000 people annually in the United States receive a diagnosis of lung cancer.

But that rate drops to 13% in stage IIIC NSCLC, and after metastasis, the five-year survival rates range from only 10% to less than 1%.

Current screening and imaging for lung cancer is costly and not always accurate.

In the study, the team trained three beagles for eight weeks to sniff lung cancer. These dogs were chosen for their superior olfactory receptor genes.

The found that after the training, the dogs could successfully show they are capable of identifying lung cancer by scent.

They were able to distinguish between blood serum samples taken from patients with malignant lung cancer and healthy controls with 97% accuracy.

In the test, the dogs were led into a room with blood serum samples at nose level.

Some samples came from patients with non-small cell lung cancer; others were drawn from healthy controls.

After thoroughly sniffing a sample, the dogs sat down to show a positive finding for cancer or moved on if none was detected.

This is a first step in detecting specific biomarkers for the disease.

Currently, the team is nearing completion of a second iteration of the study.

This time the dogs are working to identify lung, breast and colorectal cancer using samples of patients’ breath.

The breath samples were collected by the patient breathing into a face mask.

The findings will tell whether the dogs are as effective in detecting cancer using this method.

In the future, the team hopes to develop an over-the-counter screening product, similar to a pregnancy test, with low cost and high availability.

The lead author of the study is Thomas Quinn, DO, professor at Lake Erie College of Osteopathic Medicine.

The study is published in The Journal of the American Osteopathic Association.