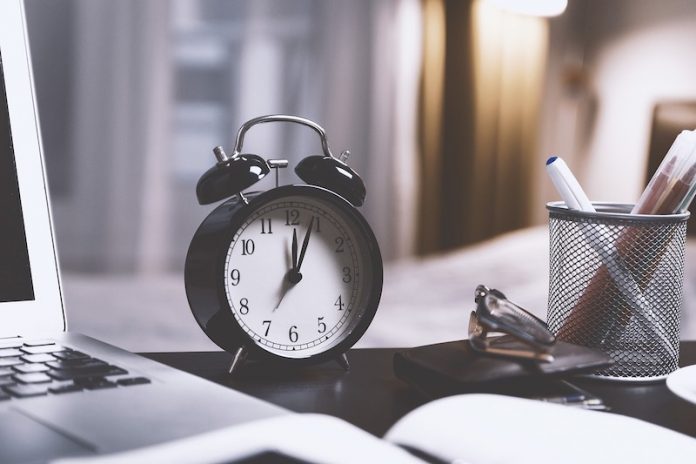 In a new study, researchers found that people who sleep late and get up late (‘night owls’) could retrain their body clock.

This could lead to big improvements in their sleep/wake timings, better performance in the mornings, better eating habits and reduction in depression and stress.

The research was conducted by scientists from the Universities of Birmingham and Surrey in the UK and Monash University in Australia.

Having a late sleep pattern puts people at odds with the standard societal days, which can lead to daytime sleepiness and poorer mental wellbeing.

In the new study, the team examined 22 healthy people had an average bedtime of 2.30am and wake-up time of 10.15am.

For a period of three weeks, participants in the experimental group were asked to wake up 2-3 hours before regular wake up time and maximize outdoor light during the mornings.

They also went to bed 2-3 hours before habitual bedtime and limit light exposure in the evening.

In addition, they were asked to keep sleep/wake times fixed on both work days and free days and have breakfast as soon as possible after waking up, eat lunch at the same time each day, and refrain from eating dinner after 7 pm.

They found that over a three-week period, these ‘night owls’ could shift the body clock with these practical interventions.

These participants were able to bring forward their sleep/wake timings by two hours while having no negative effect on sleep duration.

In addition, they reported a decrease in feelings of depression and stress, as well as in daytime sleepiness.

The findings show that establishing simple routines could help ‘night owls’ adjust their body clocks and improve their overall physical and mental health.

This can reduce the stress and depression caused by work/school schedules that are out of sync with their preferred patterns.

This intervention could also be applied within more niche settings, such as industry or within sporting sectors, focusing on developing new methods to maximize productivity and optimize performance.

Future work needs to understand how habitual sleep patterns are related to the brain, how this links with mental wellbeing and whether the interventions lead to long-term change.

The lead author of the study is Dr. Elise Facer-Childs from Monash University’s Turner Institute for Brain and Mental Health.

The study is published in Sleep Medicine.