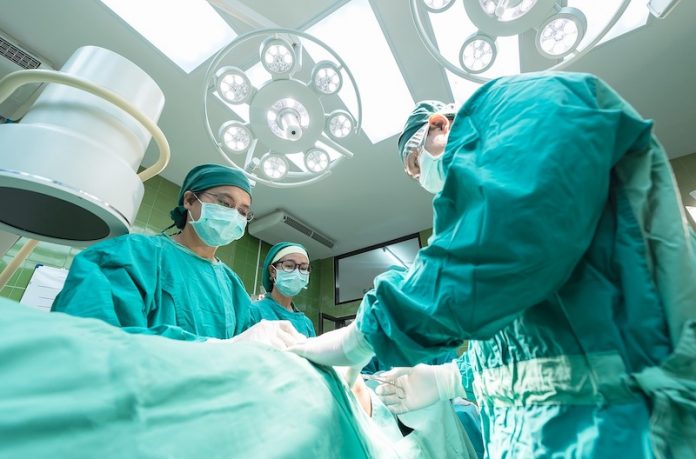 The research was conducted by an international team led by the University of Montreal Hospital Research Centre (CRCHUM).

Lung cancer is one of the most deadly cancers in the world. According to the World Health Organization, it kills nearly 1.69 million people around the world every year.

Some patients with lung cancer will have one of the lobes of a lung removed by thoracotomy.

Thoracotomy is a common but risky surgical procedure that requires months of recovery.

It involves making a 25 cm incision in the patient’s chest and cutting the ribs.

In addition, there is a risk of bleeding because the branches of the pulmonary artery are very thin, fragile and are attached directly to the heart.

In the current study, the team found that a less invasive and safer surgical technique exists and could be used more widely.

When combined with pulmonary artery sealing using an ultrasonic energy device, it can reduce the risk of post-operative bleeding, complications, and pain.

According to the researchers, a VATS procedure only requires small incisions.

In the procedure, a miniature video camera is inserted through one of the incisions.

The team evaluates the effectiveness of this new technique on 150 patients in eight hospitals across Canada, the United States, and the United Kingdom.

They found that it is possible to safely seal pulmonary blood vessels through ultrasonic sealing and effectively control possible bleeding.

They suggest that only 15% of lobectomies around the world are performed by VATS. This is mainly because of the actual risks of major bleeding or surgeons’ perception of these risks.

The researchers hope that their new finding could reassure surgeons about the technical feasibility and safety of this operation and will encourage them to adopt it.

This can benefit a large number of patients, and they would recover faster with less pain.

The leader of the study is Dr. Moishe Liberman, an Associate Professor of Surgery at the University of Montréal.

The study is presented at the 99th Annual Meeting of the American Association for Thoracic Surgery.