Knowridge Science Report
Home Automotive In-car technology: are we being sold a false sense of security 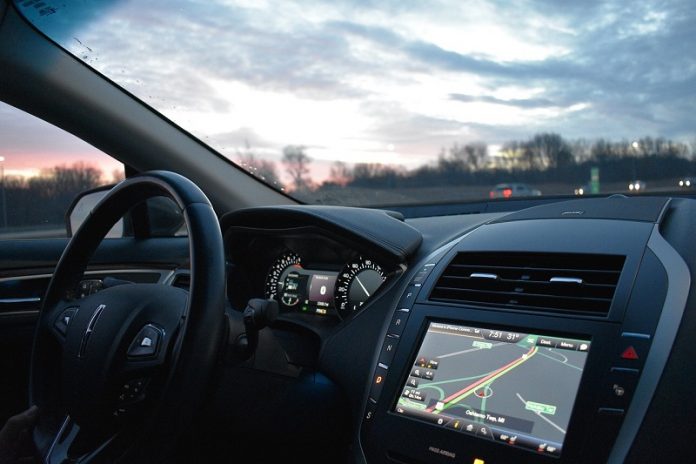 Unfortunately, Beckham is not alone in apparently thinking that time spent driving can also be usefully spent doing something else.

But it isn’t just phones that can distract us while driving.

Increasingly, vehicles come pre-installed with technology that promises to improve our lives and let us get that little bit more productivity out of our journey – be it digital assistants such as Alexa or parking assist systems.

Many such technologies are designed to keep us safe, but could they actually be dangerous – giving us a false impression that our attention can be focused elsewhere? We have been finding out.

Interestingly, most drivers seem to support the view that hand-held phone use is risky, as it involves the driver potentially taking their hands off the wheel.

They also know it is illegal. The problem is that many drivers still continue to use their phones “handsfree” behind the wheel, because the law allows them to do so providing their hands are on the wheel.

This implies it is a safe alternative.

But research clearly shows that the driving behaviour and crash risk of a phone-using driver (whether that is hand-held or hands-free) is similar to, and sometimes worse than, that of a drunk driver.

Our research has shown that phone use carries a significant cost to a driver’s attention, making them far more prone to errors, including failures in visual perception and inability to detect and react to hazards.

The real problem with phone use is the cognitive demands it places on a driver. If we try to allocate attention to another engaging task at the same time as driving, our performance in both tasks suffers.

We are continually introducing more technologies to our vehicles.

Drivers can now ask Alexa or Google assistant a question, listen to text messages read aloud by the vehicle and use voice commands to initiate phone calls.

All of this tech also works on the assumption that if it’s only your voice you are using, there are no safety implications.

This is problematic as a wealth of research demonstrates that this kind of “infotainment” technology actually causes some of the distraction that contributes to driver error.

Driving is complex and fast-paced, requiring the processing of information from multiple inputs, yet often we are made to feel as though it is easy.

But demands on attention when driving vary from minute to minute, meaning any focus allocated elsewhere is a precious resource which may not be available when the driver faces an unexpected event.

Listening to music, however, is less of a problem as it isn’t interactive in the same way as other technologies.

As failure at the wheel can have devastating consequences, it is unsurprising that the idea of technological solutions to mitigate driver error are also becoming more common.

It’s likely that Beckham’s Bentley has (at the very least) ABS, parking-assist, reversing sensors and lane-keeping technology. Such technology has led to a trend in advertising that encourages a belief that our modern cars can pretty much drive themselves.

The European parliament recently announced that, from 2022, all new cars should be fitted with intelligent speed assistance (ISA), along with other safety features designed to alert drivers to distraction and drowsiness.

But will these technologies increase safety, or could they encourage further distraction? Clearly, drivers are not great at respecting speed limits, so it may seem like a good idea to aim to take the choice of whether to speed or not out of our hands.

To make something “techno-fixable” though, you need to reduce complex driving behaviour to dichotomies of “safe” and “dangerous”.

Technology needs to be told which behaviour triggers which response in simple, binary terms as it cannot (yet) handle ifs and buts and context.

But the risk is that this may encourage us to believe that 30mph, for example, is inherently safe, even when 20mph, or even less, might have been the safer choice. This is something we would like to explore further in our research.

Likewise, tech that warns a driver if they are showing signs of drowsiness or intoxication, and parks their car for them if they don’t respond correctly, could actually encourage drivers to think that they can drive when unfit because the car will step in and save them.

Technology can be marketed as improving safety, but safety requires understanding – not dichotomies.

We know that a driver with their hands obligingly at the “ten and two position” can nonetheless be dangerously distracted.

Yet we are continually introducing technologies to our vehicles that are distracting. Sadly, we can’t be sure that manufacturers are motivated by selling safety, as opposed to a version of safety that sells.

At a time when we are no longer seeing year-on-year reductions in the number of people being killed or seriously injured on our roads, it seems clear that something radical needs to be done to get drivers’ focus back onto the driving task itself – and to challenge the perception that getting from A to B is a good opportunity to indulge in catching up on a bit of C.