Knowridge Science Report
Home Archaeology Human ancestors could live on the ground, not just on trees 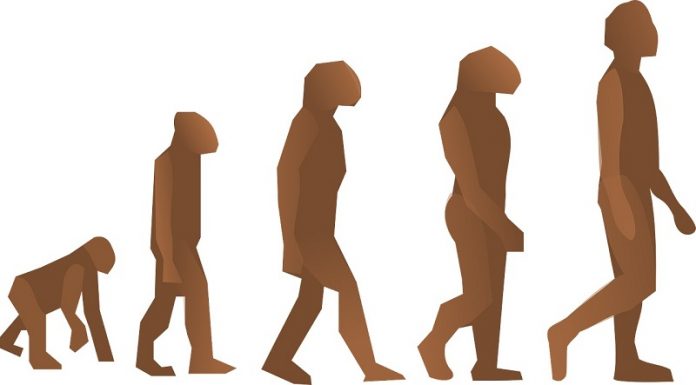 In a new study, a scientist has discovered that human ancestors could live on the ground, not just on trees.

He found that African apes adapted to living on the ground.

The finding expends previous results, which showed that human ancestors mainly lived on trees or other elevated habitats.

The research was conducted by a researcher from New York University.

Previous research has shown that the way that humans walk (striding bipedalism) is unique among all living mammals.

Much of this change can be seen in the human foot. Our foot has evolved to be a propulsive organ. It has a big toe and a spring-like, energy-saving arch.

However, it has been unclear the human foot evolved from what kind of ancestor.

In the study, the researcher focused on the fossil species Ardipithecus ramidus (‘Ardi’).

Ardi was a 4.4 million-years-old human ancestor from Ethiopia—more than a million years older than the well-known ‘Lucy’ fossil.

Ardi’s bones were first publicly revealed in 2009 and have been the subject of debate since then.

The researcher used the relative length proportions of multiple bones in the primate foot skeleton to evaluate the relationship between species’ movement (locomotion) and their skeletal characteristics (morphology).

He used statistical methods to reconstruct what the common ancestor of humans and chimpanzees might have looked like.

He found that the African apes show a clear signal of being adapted to ground-living.

He suggests that the common ancestor humans share with chimpanzees and bonobos may be an African ape that had adaptations to living on the ground.

The researcher suggests that the analysis adds a new chapter to evolution. It also provides new information for better understanding of bipedalism.

The evolution of humans bipedalism was preceded by a quadrupedal ground-living adaptation in the common ancestors that humans share with the African apes.

The author of the study is Thomas Prang, a doctoral candidate in New York University’s Department of Anthropology.