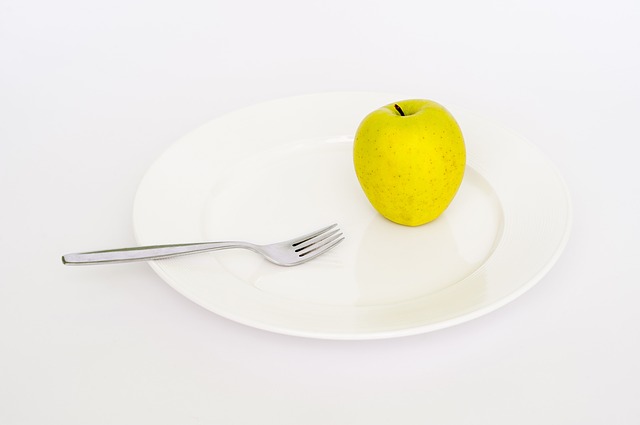 Fasting is a type of diet in which people eat no food for a period of time to lose weight.

Recent studies have shown that this type of diet can help lose weight effectively.

For example, one study from the University of Illinois at Chicago shows that daily fasting is an effective tool to reduce weight and lower blood pressure.

In the study, the researchers worked with 23 obese volunteers who had an average age of 45 and average body mass index, or BMI, of 35.

Between the hours of 10 a.m. and 6 p.m., the dieters could eat any type and quantity of food they desired, but for the remaining 16 hours, they could only drink water or calorie-free beverages.

The study followed the participants for 12 weeks.

The researchers found that those who followed the time-restricted eating diet consumed fewer calories, lost weight and had improvements in blood pressure.

Specifically, these participants ate about 350 fewer calories, lost about 3% of their body weight and their systolic blood pressure decreased by about 7 mm Hg.

This type of fasting diet is also called 16:8 diet, named for its 16 hours of fasting and its 8 hours of “feasting”.

The research is published in the journal Nutrition and Healthy Aging.

MS is a betrayal: A person’s own immune system turns against his or her nervous system.

Depending on which nerves are damaged in the assault, signs, and symptoms vary greatly but can include fatigue, numbness or weakness in the limbs, dizziness, vision problems, tingling, and pain.

In the study, mice were either allowed to eat freely or fed every other day for four weeks before receiving an immunization to trigger MS-like symptoms.

Both groups of mice then continued on their same diets for another seven weeks.

The mice that fasted every other day were less likely to develop signs of neurological damage such as difficulty walking, limb weakness and paralysis.

Some of the fasting mice did develop MS-like symptoms, but they appeared later and were less severe than in the mice that ate their fill every day.

In addition, the fasting mice’s immune systems seemed to be dialed down.

The researchers found that mice that ate every other day had fewer pro-inflammatory immune cells and more of a kind of immune cell that keeps the immune response in check.

However, other research shows that intermittent fasting can bring some health risks.

For instance, one study from the University of Sao Paulo shows that fasting every other day impairs the action of sugar-regulating hormone, insulin, which may increase diabetes risk.

The team examined the effects of fasting every other day on the body weight, free radical levels, and insulin function of normal, adult rats, over a 3-month period.

They found that although the rats’ body weight and food intake decreased as expected over the study period, the amount of fat tissue in their abdomen actually increased.

Furthermore, the cells of the pancreas that release insulin showed damage, with the presence of increased levels of free radicals and markers of insulin resistance were also detected.

The researchers suggest that intermittent fasting diets may actually damage the pancreas and affect insulin function in normal healthy individuals, which could lead to diabetes and serious health issues.