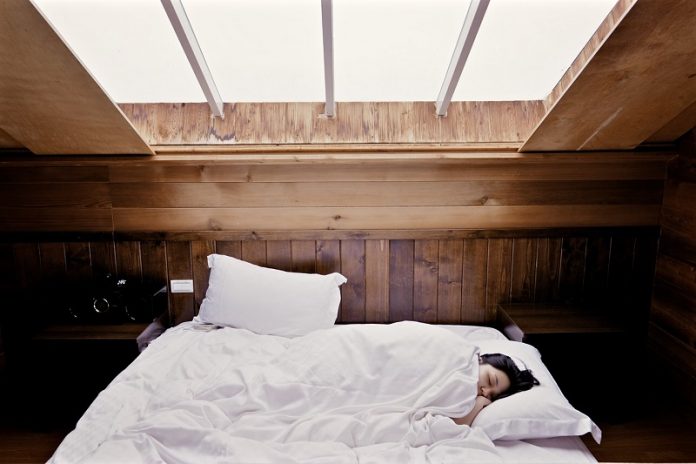 In a new study, researchers found that catching up on sleep on weekends may not solve the problems caused by sleep loss during weekdays

They found that recovery sleep may have some health risks.

The study was conducted by a team from the University of Colorado.

Research has shown that about one of every three adults gets less than seven hours of sleep a night.

Lack of sleep, in the long run, can interfere with metabolic functions and increase the risks for obesity and diabetes.

Some people try to compensate for a lack of sleep by sleeping more on weekends.

In the current study, the team examined the health effect of this strategy.

They tested this strategy in 36 men and women for two weeks. After three nights of normal sleep, the participants were split into three groups.

The first group slept up to nine hours a night. The second group was allowed a maximum of five hours of sleep a night.

The third group had a maximum of five hours a night for five days but were then allowed to sleep in for two days. They then had two more days of sleep deprivation.

The researchers found that people who had only five hours of sleep a night gained about 3 pounds during the study.

These people also had a 13% decrease in insulin sensitivity, which is the body’s ability to use insulin properly and control blood sugar levels.

In addition, people who had recovery sleep increased by about 3 pounds in their body weight and their insulin sensitivity decreased 27%.

This was even worse than the group that had sleep deprivation.

The team also found that these people’s natural body rhythms were disrupted. They were more likely to wake up during the nights following the period of recovery sleep.

The researchers suggest that catch-up sleep may not bring health benefits as previously thought.

The lead author of the study is Dr. Kenneth Wright, Jr. from the University of Colorado.

Scientists are developing a safer opioid

Too much sugar in diet may cause heart failure