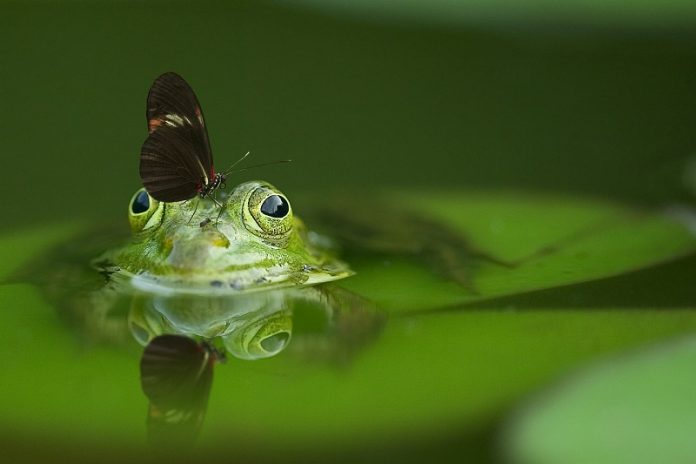 In a new study, researchers have discovered that earliest life may have arisen in ponds, not oceans.

Primitive ponds may have provided a more suitable environment for Earth’s first life forms than oceans.

The study was done by a team from MIT’s Department of Earth, Atmospheric and Planetary Sciences (EAPS), Harvard University, and Cambridge University.

Previous research has shown that if primitive life sprang from a key reaction using nitrogen, there are two ways this could have happened.

In the first hypothesis, scientists believe that in the deep ocean, nitrogen exists in the form of nitrogenous oxides and could have reacted with carbon dioxide to form life’s first molecular building blocks.

In the first hypothesis, scientists believe that the origin of life involves RNA, which is ribonucleic acid helping encode genetic information.

In its primitive form, RNA was likely a free-floating molecule. When in contact with nitrogenous oxides, NA could have been chemically induced to form the first molecular chains of life.

This process could have occurred in either the oceans or in shallow lakes and ponds.

Previous research has shown that there could have been enough lightning that crackled through the early atmosphere to produce enough nitrogenous oxides for the origin of life in the ocean.

But in the study, the team has discovered effects that could have destroyed a large portion of nitrogenous oxides, especially in the oceans.

However, shallow bodies of water (10 cm deep) might have held high concentrations of the key ingredient for earliest life on Earth.

The nitrogenous oxides might accumulate enough in shallow water to react with other compounds and might boost the first living organisms.

But in deep oceans, nitrogen would have had a harder time to help life start.

But it’s much easier to have that happen in a pond.

They also suggest that the more shallow the pond, the greater the chance nitrogenous oxides would have had to interact with other molecules to catalyze the first living organisms.

The lead author is Sukrit Ranjan.

The study is published in Geochemistry, Geophysics, Geosystems.