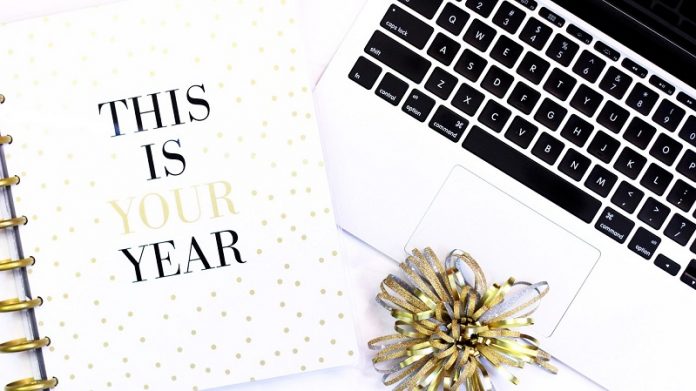 Reading can make you stronger and wiser, especially if you are in the fast-changing tech world.

Here we introduce 10 most popular books that help you understand the past, present, and future of the tech industries.

These books may help you succeed in the tech world no matter what your career goal is.

Elon Musk: Tesla, SpaceX, and the Quest for a Fantastic Future by Ashlee Vance

Veteran technology journalist Ashlee Vance offers an unprecedented look into the remarkable life of the most daring entrepreneur of our time.

Elon Musk paints a portrait of a complex man who has renewed American industry and sparked new levels of innovation—from PayPal to Tesla, SpaceX, and SolarCity—overcoming hardship, earning billions, and making plenty of enemies along the way.

How Google Works by Eric Schmidt and Jonathan Rosenberg

HOW GOOGLE WORKS is an entertaining, page-turning primer containing lessons that Eric (Google Executive Chairman and ex-CEO) and Jonathan (former SVP of Products) learned as they helped build the company.

The authors explain how technology has shifted the balance of power from companies to consumers, and that the only way to succeed in this ever-changing landscape is to create superior products and attract a new breed of multifaceted employees whom Eric and Jonathan dub “smart creatives.”

Covering topics including corporate culture, strategy, talent, decision-making, communication, innovation, and dealing with disruption, the authors illustrate management maxims (“Consensus requires dissension,” “Exile knaves but fight for divas,” “Think 10X, not 10%”) with numerous insider anecdotes from Google’s history, many of which are shared here for the first time.

Alibaba: The House That Jack Ma Built by Duncan Clark

In just a decade and a half, Jack Ma, a man from modest beginnings who started out as an English teacher, founded and built Alibaba into one of the world’s largest companies, an e-commerce empire on which hundreds of millions of Chinese consumers depend.

Alibaba’s $25 billion IPO in 2014 was the largest global IPO ever. A Rockefeller of his age who is courted by CEOs and Presidents around the world, Jack is an icon for China’s booming private sector and the gatekeeper to hundreds of millions of middle-class consumers.

How did Jack overcome his humble origins and early failures to achieve massive success with Alibaba? How did he outsmart rival entrepreneurs from China and Silicon Valley? Can Alibaba maintain its 80% market share?

As it forges ahead into finance and entertainment, are there limits to Alibaba’s ambitions?  How does the Chinese government view its rise?  Will Alibaba expand further overseas, including in the U.S.?

Clark tells Alibaba’s tale in the context of China’s momentous economic and social changes, illuminating an unlikely corporate titan as never before.

Zero to One: Notes on Startups, or How to Build the Future by Peter Thiel and Blake Masters

If you want to build a better future, you must believe in secrets.

The great secret of our time is that there are still uncharted frontiers to explore and new inventions to create.

In Zero to One, legendary entrepreneur and investor Peter Thiel shows how we can find singular ways to create those new things.

Zero to One presents at once an optimistic view of the future of progress in America and a new way of thinking about innovation: it starts by learning to ask the questions that lead you to find value in unexpected places.

The Hard Thing About Hard Things: Building a Business When There Are No Easy Answers by Ben Horowitz

Ben Horowitz, a cofounder of Andreessen Horowitz and one of Silicon Valley’s most respected and experienced entrepreneurs, offers essential advice on building and running a startup—practical wisdom for managing the toughest problems business school doesn’t cover, based on his popular ben’s blog.

Hooked: How to Build Habit-Forming Products by Nir Eyal and Ryan Hoover

How do successful companies create products people can’t put down?

Why do some products capture widespread attention while others flop? What makes us engage with certain products out of sheer habit? Is there a pattern underlying how technologies hook us?

Nir Eyal answers these questions (and many more) by explaining the Hook Model—a four-step process embedded into the products of many successful companies to subtly encourage customer behavior.

Hooked is based on Eyal’s years of research, consulting, and practical experience. He wrote the book he wished had been available to him as a start-up founder—not abstract theory, but a how-to guide for building better products.

Hooked is written for product managers, designers, marketers, start-up founders, and anyone who seeks to understand how products influence our behavior.

Lean In: Women, Work, and the Will to Lead by Sheryl Sandberg

Thirty years after women became 50 percent of the college graduates in the United States, men still hold the vast majority of leadership positions in government and industry.

This means that women’s voices are still not heard equally in the decisions that most affect our lives. In Lean In, Sheryl Sandberg examines why women’s progress in achieving leadership roles has stalled, explains the root causes, and offers compelling, commonsense solutions that can empower women to achieve their full potential.

Sandberg is the chief operating officer of Facebook and is ranked on Fortune’s list of the 50 Most Powerful Women in Business and as one of Time’s 100 Most Influential People in the World.

In 2010, she gave an electrifying TED Talk in which she described how women unintentionally hold themselves back in their careers. Her talk, which became a phenomenon and has been viewed more than two million times, encouraged women to sit at the table, seek challenges, take risks, and pursue their goals with gusto.

Bold: How to Go Big, Create Wealth and Impact the World by Peter H. Diamandis and Steven Kotler

Part One focuses on the exponential technologies that are disrupting today’s Fortune 500 companies and enabling upstart entrepreneurs to go from “I’ve got an idea” to “I run a billion-dollar company” far faster than ever before. The authors provide exceptional insight into the power of 3D printing, artificial intelligence, robotics, networks and sensors, and synthetic biology.

Part Two draws on insights from billionaires such as Larry Page, Elon Musk, Richard Branson, and Jeff Bezos and reveals their entrepreneurial secrets.

Finally, Bold closes with a look at the best practices that allow anyone to leverage today’s hyper-connected crowd like never before.

The Inevitable: Understanding the 12 Technological Forces That Will Shape Our Future by Kevin Kelly

Much of what will happen in the next thirty years is inevitable, driven by technological trends that are already in motion.

In this fascinating, provocative new book, Kevin Kelly provides an optimistic road map for the future, showing how the coming changes in our lives—from virtual reality in the home to an on-demand economy to artificial intelligence embedded in everything we manufacture—can be understood as the result of a few long-term, accelerating forces.

Kelly both describes these deep trends—interacting, cognifying, flowing, screening, accessing, sharing, filtering, remixing, tracking, and questioning—and demonstrates how they overlap and are codependent on one another.

The Upstarts: How Uber, Airbnb, and the Killer Companies of the New Silicon Valley Are Changing the World by Brad Stone

Uber and Airbnb have ushered in a new era: redefining neighborhoods, challenging the way governments to regulate business, and changing the way we travel.

In the spirit of iconic Silicon Valley renegades like Steve Jobs and Bill Gates, another generation of entrepreneurs is using technology to upend convention and disrupt entire industries.

These are the upstarts, idiosyncratic founders with limitless drive and an abundance of self-confidence. Led by such visionaries as Travis Kalanick of Uber and Brian Chesky of Airbnb, they are rewriting the rules of business and often sidestepping serious ethical and legal obstacles in the process.

The Upstarts is the definitive story of two new titans of business and a dawning age of tenacity, conflict and wealth. In Brad Stone’s riveting account of the most radical companies of the new Silicon Valley, we discover how it all happened and what it took to change the world.