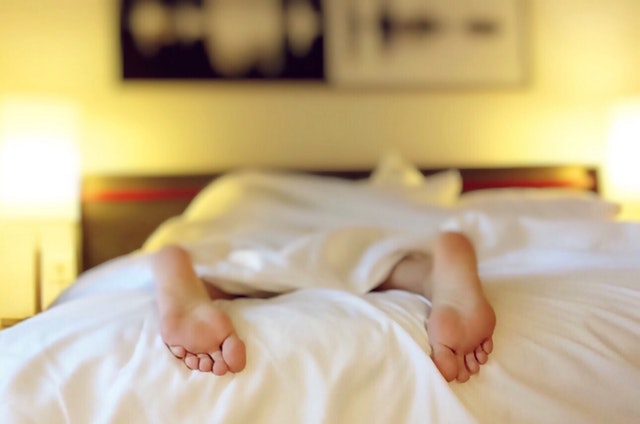 In a new study, researchers found sleeping in on the weekend can not help repair the damage from a week of sleep loss.

The research was conducted by a team from the University of Colorado Boulder.

The team also found that playing catch-up for a few days and then returning to poor sleep habits can make things even worse.

Previous studies have shown that sleep loss can boost the risk of obesity and diabetes. This is because sleep loss may increase the urge to snack at night.

It may also decrease insulin sensitivity to regulate blood sugar levels in the body.

People may find sleeping in on the weekend could help the body recover a little bit during those two days, but the method does not work in the long run.

In the current study, the team wanted to know what happens when people cycle back and forth between a sleep-deprived work week and a few days of catch-up.

They examined 36 healthy people age 18 to 39 to stay for two weeks in a laboratory.

These people’s diet, light exposure, and sleep were monitored.

The first group was allowed to have lots of time to sleep, about 9 hours each night for 9 nights.

The second group was allowed 5 hours per night over that same period.

The third group slept no more than 5 hours nightly for 5 days followed by a weekend. During the weekend,  they could sleep as much as they wanted and then return to 2 days of restricted sleep.

The weekend recovery group had mild improvements during the weekend, but the benefits disappeared when the sleep-restricted work week started again.

At the end of the study, there was no health benefit in the people who got to sleep in on the weekend.

The findings suggest that the common strategy of sleeping little during the week and trying to make up for it on the weekend is not a good strategy.

The team suggests that when it comes to sleep, consistency matters. Getting enough sleep on a regular schedule is very important.

People should try to get 7 hours of sleep as many nights as possible.

The senior author of the study is Kenneth Wright, director of the Sleep and Chronobiology Lab.