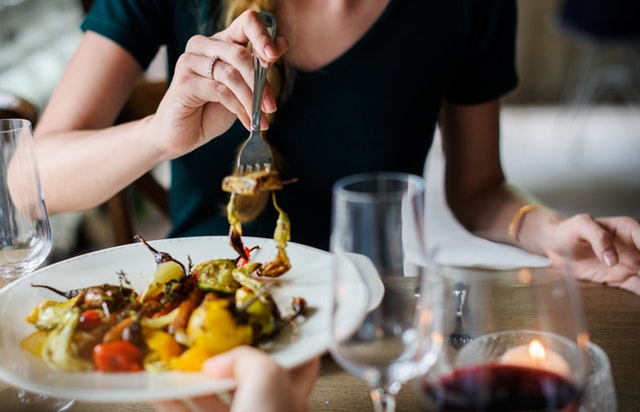 In a new study, researchers found eating late in the evening may contribute to obesity.

The research was conducted by researchers from the University of Colorado in Denver, Colo.

Previous studies have shown that meal times can influence people’s body weight. They showed later timing of eating and sleeping are related to obesity.

One recent research found that changing mealtime in the day could help lose weight.

In that study, participants ate their breakfast later and their dinner earlier than usual. The team found that these people lose more weight compared with people following the normal meal time.

However, few studies have examined both meal and sleep timing in adults with obesity, and it is not clear whether eating later in the day is linked to shorter sleep duration or higher body fat.

To solve the problems, in the study, the team used three types of technology to record participants’ sleep, physical activity and eating patterns at the same time.

They examined 31 overweight and obese adults, the average age of 36. All people were from a weight loss trial using caloric restrictions to time-restricted feeding.

Participants wore an activPAL electronic device on their thigh.

This device could measure how much time they spent in physical and sedentary activities.

The people also wore an Actiwatch, which assesses sleep/wake patterns.

In addition, all of the participants used a phone app called MealLogger to photograph and time stamp all meals and snacks throughout the day.

The researchers found that all of the people consumed food throughout an 11-hour timeframe and slept for about 7 hours a night.

Moreover, people who ate later in the day slept at a later time, and their later meal timing was linked to a higher BMI and greater body fat.

The findings support previous results and suggest that restricting the eating window to earlier on in the day may help lower obesity risk.

In the future, the team plans to use the information of behaviors across 24 hours to prevent and treat obesity.

The lead author of the study is Adnin Zaman, M.D.

The study was presented Saturday at ENDO 2019, the Endocrine Society’s annual meeting in New Orleans, La.