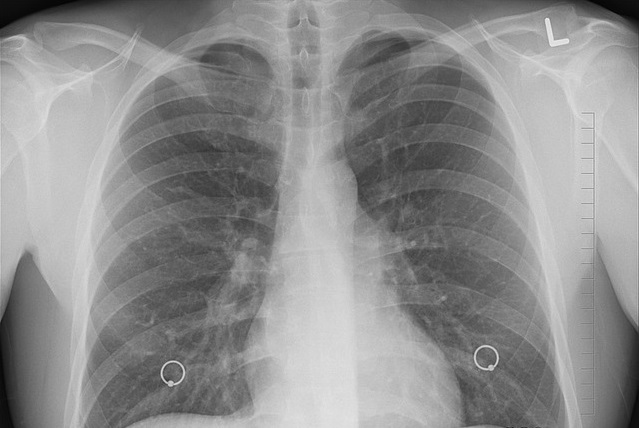 Genetic differences could also explain why some smokers are at higher risk of getting the disease than other smokers.

The research was conducted by a team from the University of Leicester.

COPD is a lung condition which causes increasing breathlessness due to damage to the airways. It affects 250 million people worldwide every year.

Previous studies have shown that although smoking greatly increases a person’s risk of developing COPD, 20% of patients who have the disease have never smoked.

The mechanisms that cause smokers and non-smokers alike to develop COPD are poorly understood.

To solve the problem, in the current study, the team examined 20 million differences in the DNA in each of the 400,000 people.

They compared the DNA differences to measurements of lung function taken from breath tests.

They found 139 genetic differences that influence lung health and COPD.

The researchers then divided people into 10 different genetic risk groups, depending on the number of DNA differences shown to influence lung health.

The results showed that 80% of smokers in the highest genetic risk group develop COPD.

People who have never smoked were overall at a very much lower risk of the disease. But around 20% of non-smokers in the highest genetic risk group still develop COPD.

The team suggests that the gene differences could increase someone’s risk of developing COPD, in addition to smoking.

The finding helps with the understanding of the genetic causes of this condition in people who have never smoked.

It may help develop new treatments that could benefit both smokers and non-smokers.

The researchers also suggest that the most important way to prevent COPD is to avoid smoking.

All smokers could reduce their risk of developing COPD by quitting smoking. In addition, people should try to reduce exposure to high levels of air pollution.

People who already have COPD need new treatments and this may be achieved by future work.

The lead author of the study is Professor Louise Wain, British Lung Foundation Professor of Respiratory Research at the University of Leicester.

The work was supported by the British Lung Foundation, the Medical Research Council, the Wellcome Trust, and the National Institute for Health Research (NIHR).