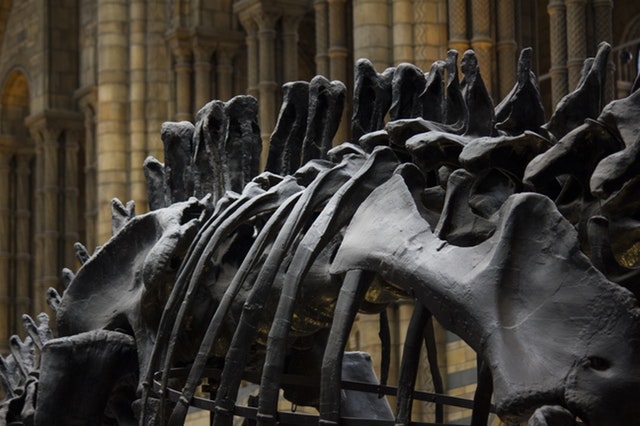 A new study published in science has found that it seems increasingly likely that 66 million years ago, some catastrophes occurred on the Earth.

An asteroid or comet impact reignited massive volcanic eruptions in India, half a world away from the impact site in the Caribbean Sea.

However, it is unclear if the catastrophes really caused the massive distinction of dinosaurs and many other forms of life.

The research was done by a team from the University of California, Berkeley.

In this study, the researchers reported the most precise and accurate dates yet for the intense volcanic eruptions in India.

The eruptions coincided with the worldwide extinction at the end of the Cretaceous Period, the so-called K-Pg boundary.

According to the report, the sequence of eruptions spewed lava flows for distances of at least 500 kilometers across the Indian continent.

This created the so-called Deccan Traps flood basalts that in some places are nearly 2 kilometers thick.

The research also confirms the earlier estimates that the lava flows continued for about a million years.

But the team found three-quarters of the lava erupted after the impact.

This is different from the previous research which suggested that about 80% of the lava erupted before the impact.

Previous studies suggest that the eruptions could have caused global warming within the last 400,000 years of the Cretaceous Period and increased the temperature by 8 degrees Celsius.

Although many species adapted to the hot environment, they may die from the global cooling from the dust or by climate cooling gases caused by the impact or the volcanos.

This shocking cooling may lead to a massive extinction.

However, the current study challenged this view since most of the Deccan Traps lava emerged after the impact.

The researchers suggest that both the impact and Deccan volcanism can produce similar environmental effects, but these are occurring on vastly differing timescales.

It is hard to find out which gases in the Deccan Traps are emitted when, because there are no flood basalt eruptions going on today, despite numerous ones in Earth’s history.

The new findings make the team wonder whether they may see some external forcing mechanism for other flood basalts that lead up to major peaks in eruptions.

Meanwhile, other research groups have published new dates related to the Deccan Traps, but some of which differ from those of the Berkeley group.

The researchers suggest more work needs to be done to find the real reason for the massive extinction.

The study senior author is Paul Renne, a professor-in-residence of earth and planetary science at UC Berkeley, director of the Berkeley Geochronology Center.

The first author is Courtney Sprain, a former UC Berkeley doctoral student who is now a postdoc at the University of Liverpool in the United Kingdom.

How quinine caused World War I