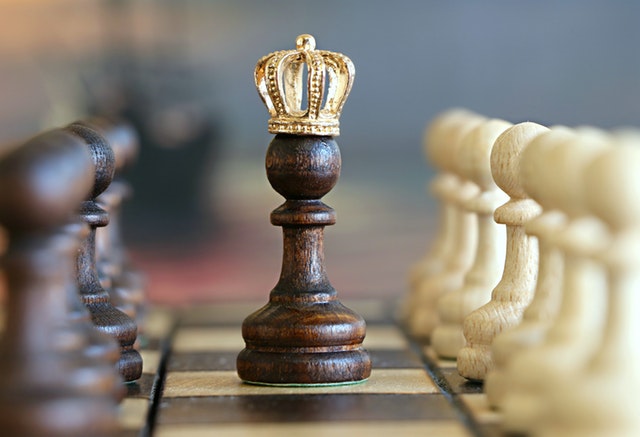 The well known ‘use it or lose it’ claim has been widely accepted by healthcare professionals.

But in a new study, researchers found that regularly doing problem-solving activities throughout your lifetime does not prevent mental decline in later life.

However, they say don’t cross the shiny new chess board or bumper puzzle book off the Christmas list just yet.

This is because the results suggest that regularly engaging in intellectual activities boosts mental ability throughout life and provides a “higher cognitive point” from which to decline.

The research was led by Roger Staff at Aberdeen Royal Infirmary and the University of Aberdeen.

Previous studies have suggested that mental ability can be maintained or improved by exercising the mind in brain teasers such as Sudoku and crossword puzzles.

They also suggest that reading from an early age, playing board games and playing musical instruments at least twice a week is linked to reduced risk of dementia.

But there is a lack of historical childhood mental ability data, and the effect of practice on improving test scores has often been overlooked in mental aging studies.

So the researchers examine the association between intellectual engagement and mental ability in later life.

The 498 participants were all born in 1936 and had all taken part in a group intelligence test (The Moray House Test) at the age of 11. They were around 64 years old at the start of the study.

They were recalled for memory and mental processing speed testing up to 5 times over a 15 year period.

Each person’s education history and National Adult Reading Test Score (NART) were recorded at the start of the study.

In addition, they used a version of the TIE questionnaire (Typical Intellectual Engagement) to test levels of existing interest in reading and problem solving, consideration of ideas and intellectual curiosity.

After taking into account potentially influential factors, the researchers found that engaging in intellectually stimulating activities on a regular basis was linked to the level of mental ability in old age, having the largest association with improving cognitive performance during the course of life.

But such activities had no effect on the rate of mental decline associated with aging.

The team suggests that while those who regularly engage in problem-solving puzzles could potentially enhance their mental ability, this does not “protect an individual from decline but imparts a higher starting point from which decline is observed”.

This is an observational study, and the authors stress that it is “impossible for a causal effect to be inferred” because of other unmeasured factors, such as personality.

They suggest that “personality may govern how much effort older people put into such activities and why”.

However, they highlight the importance of a “predisposition toward mental engagement” and the positive influence that regularly participating in intellectually engaging activities can have on mental ability across the lifetime.