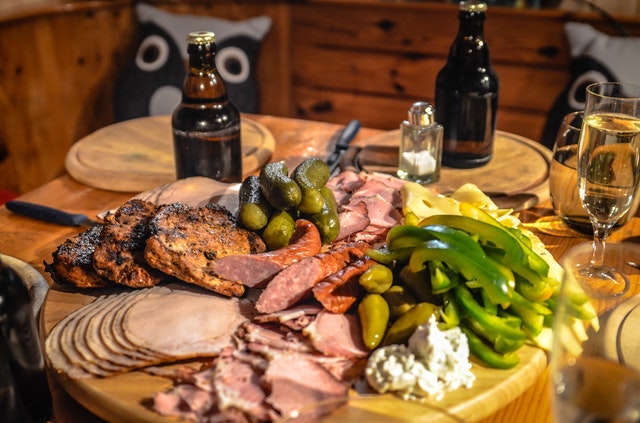 In an analysis of more than 1,000 people with and without psychiatric disorders, researchers find that nitrates—chemicals used to cure meats such as beef jerky, salami, hot dogs and other processed meat snacks—may contribute to mania.

Mania is an abnormal mood state. It is characterized by hyperactivity, euphoria and insomnia.

It often lasts weeks to months and is generally seen in people with bipolar disorder, but can also occur in those with schizoaffective disorder.

Manic states can lead to dangerous risk-taking behavior and can include delusional thinking, and most of those affected experience multiple hospitalizations in the course of their psychiatric illness.

Bipolar disorder affects an estimated 1 to 3 percent of the population of the United States and costs an estimated $25 billion a year in direct health care costs.

The current study is conducted by Johns Hopkins Medicine. Specifically, it found that people hospitalized for an episode of mania had more than three times the odds of having ever eaten nitrate-cured meats than people without a history of a serious psychiatric disorder.

Experiments in rats by the same researchers showed mania-like hyperactivity after just a few weeks on diets with added nitrates.

A number of genetic and other risk factors have been linked to the manic episodes in bipolar disorder and other psychiatric conditions.

But those factors have been unable to explain the cause of these mental illnesses, and researchers are looking for environmental factors, such as diet, that may play a role.

The researchers say that their new study adds to evidence that certain diets and potentially the amounts and types of bacteria in the gut may contribute to mania and other disorders that affect the brain.

The team said that they looked at a number of different dietary exposures and cured meat really stood out. It wasn’t just that people with mania have an abnormal diet.

Nitrates have long been used as preservatives in cured meat products and have been previously linked to some cancers and neurodegenerative diseases, and now this may also explain the link to mood states such as mania.

Currently the researchers cannot draw conclusions about exactly how much cured meat boosts one’s risk of mania, but the team hopes future studies will address this.