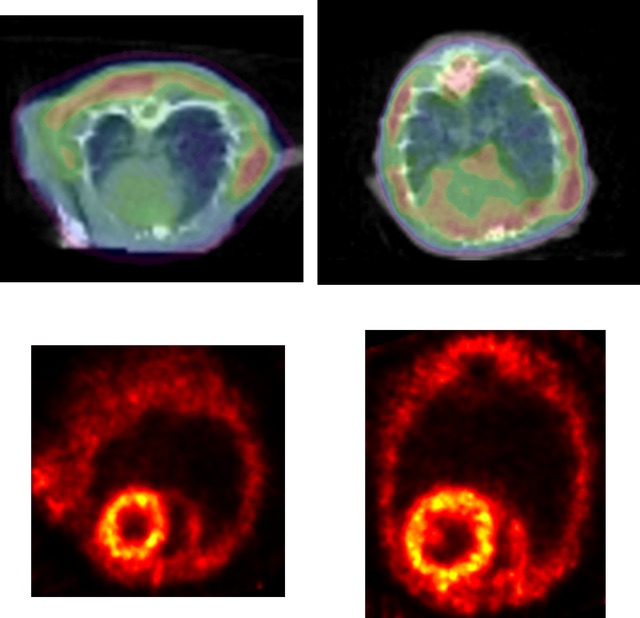 Heart failure is a condition in which the heart cannot pump enough blood to meet the body’s needs.

This may be because the heart cannot fill with enough blood or it cannot pump blood to the rest of the body with enough strength.

Although the disease is called heart failure, it is not that the heart has stopped or will stop very soon. Nevertheless, medical care is necessary.

In a recent study from John Hopkins University, researchers tested if heart failure to the heart is like the Alzheimer’s disease to the brain.

It is known that in Alzheimer’s disease, the brain has two types of lesions: plaque deposits between nerve cells composed of fragments of the protein, amyloid beta, and neurofibrillary tangles (NFT) composed of aggregated tau proteins in the interior of cells.

The researchers find that similar to protein clumps build up in the brain in Alzheimer’s disease, in heart failure, protein clumps seem to collect in the heart.

The finding is newly published in the journal Circulation Research. The researchers report that they find in the diseased hearts the form of the protein that tends to clump, and they visualize the situation in the heart using a noninvasive PET scan.

The PET scan can help monitor the disease development and test new therapies.

The team’s work is built on their previous work published in 2014. In that study, they found that the protein desmin collects in clumps called amyloid in the heart of dogs with heart failure. Desmin protein is cell’s supporting structure.

To see if desmin protein clumps also happen in heart failure, the researchers examined the hearts of people with and without the disease.

Interestingly, they used a method commonly in Alzheimer’s disease research. The results showed that in heart failure of humans, there are twice as many desmin protein clumps.

They also tested if green tea chemical EGCG could help breakup the desmin clumps. The experiment on mice showed that the green tea treatment cut by half the amount of desmin clumps.

The research finding has significant meaning to heart failure treatment.

“From a molecular standpoint there’s not a unified, clear mechanism for why the heart goes into failure,” says Giulio Agnetti, Ph.D., assistant professor of medicine at the Johns Hopkins University School of Medicine and University of Bologna.

“But by figuring out this mechanism, we may be able to devise better treatments and diagnostic tools.”

“Interestingly, green tea has already been demonstrated to curb the incidence of cardiovascular disease as well as improve cognitive impairment in Alzheimer’s models, though the mechanism for such action is unclear,” says Agnetti.

“EGCG’s ability to ‘de-clump’ these sticky proteins could be one of green tea’s healthy effects. Knowing how this chemical works could open new avenues for designing a new class of drugs that target protein clumping.”

They also value the PET scanning in the monitor of heart failure progression.

“PET imaging of protein clumps may be eventually used in patients to identify structural changes in the heart as the disease progresses, and this information likely holds prognostic value.

It could be used as a nice measure of the effect of an intervention to halt or reverse disease progression.”

In future research, the team plan to confirm the results in human tissue samples. They also hope to develop a drug or treatment to prevent desmin from forming clumps.

“There is a lot of emphasis placed on the role of genes in modern times, but we’re born with our genes and at present we can do very little about the ones we have.

I think the next step is to follow up with the proteins that are dynamically modified in response to environment, which places a larger emphasis on lifestyle intervention to help prevent diseases.

Natural compounds like EGCG in green tea and modified dietary interventions could play a role in keeping us healthy.”