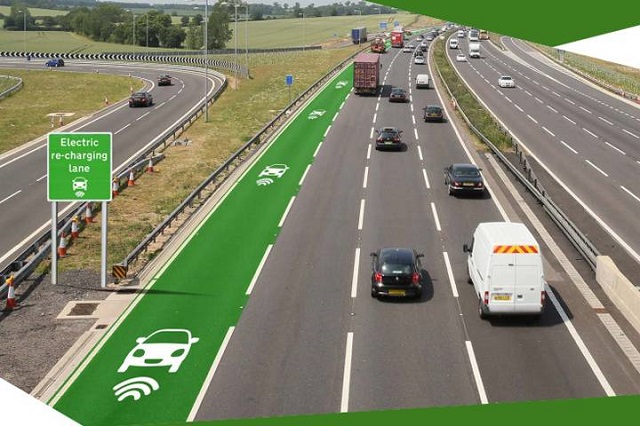 It is well recognized that the deployment of public charging infrastructure plays a critical role in nurturing the electric vehicle (EV) market and promoting the adoption of electric vehicles.

Among various types of charging technologies, charging-while-driving holds great promise. It can be achieved by either conductive or inductive charging.

The former is similar to the technology used for trams and trains, charging electric vehicles via lines overhead or metal bars in the pavement.

The latter, often referred to as dynamic wireless charging, transmits power without using any physical connector. The enabling mechanism includes, among others, inductive coupling, magnetic resonance coupling and microwaves.

Given the charging-while-driving technology, roads can be electrified as charging infrastructure, and EVs can be recharged while they are moving on the charging lanes. Consequently, EV drivers may not fear any more running out of battery when they are on the move. Such a pervasive wireless charging platform can mitigate or even eliminate the “range anxiety” of EV drivers and further boost the adoption of EVs.

With charging lanes deployed, this research develops a mathematical model to delineate the travel behavior of EV drivers. Specifically, when traveling from their origins and destinations, EV drivers can select routes and decide battery recharging plans to minimize their trip times while preventing the batteries of their vehicles from running out of charge.

A battery recharging plan will dictate which charging lane to use, how long to charge, and at what speed to operate an EV. The operating speed will decide how long the EV will stay on a charging lane, and thus affect the amount of electricity that can be recharged.

For example, a lower operating speed will allow more time to recharge but yield higher travel time. Therefore, EV drivers need to make a tradeoff between their energy need and travel time. To demonstrate the performance of the proposed model, numerical examples are presented. It is observed that drivers may slow down so that their batteries can be sufficiently recharged to cover their trips.