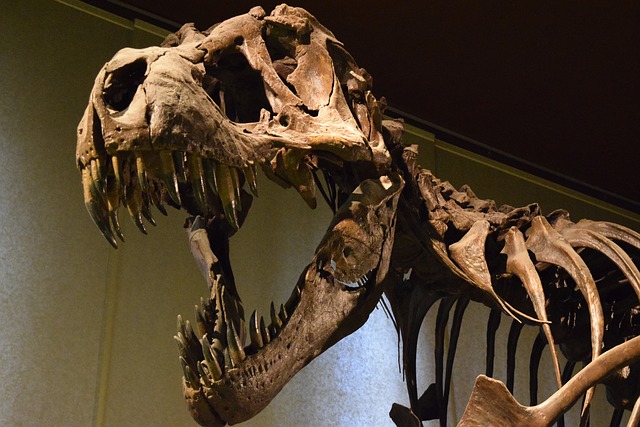 How dinosaurs were extinct 66 million years ago remains a question.

One theory is that an asteroid smashed into the Earth, which caused dramatic climate and geological changes.

Because of this, dinosaurs could not find enough food and finally died of hunger.

Nevertheless, not all dinosaurs were extinct. One type of dinosaur survived the catastrophe and lives well today: birds.

Birds are thought to be a group of dinosaurs that evolved during the Mesozoic Era (about 225 million years ago).

How birds could survive is unknown. But now geoscientists from the University of Toronto suggest a reason: diet. The study is published in Current Biology.

These teeth provided important information about what dinosaurs ate and the ecology system at the time.

They found that tooth shape had a large diversity. This implied that dinosaurs had various foods.

In addition, tooth diversity was static during the whole time. It seems that dinosaurs had a stable life but then suddenly disappeared.

If researchers put all the pieces together, they got a story: at the end of the Cretaceous, horrible things happened, and all dinosaurs with teeth died.

Dinosaurs with no teeth but something else (e.g., a beak), on the other hand, made it through a hard time.

One important difference between having teeth and having a beak is the diet. Dinosaurs with teeth often ate flesh, fish, insects, and plants, whereas dinosaurs with a beak could eat seeds.

A critical advantage of seeds is that they can withstand even the worst catastrophes (e.g., earthquakes, nuclear winter, forest fires, etc.). Therefore, they could survive the end of the Cretaceous.

Researchers suggest that at that time birds (i.e. neornithines) had replaced their teeth with a beak and that many ate seeds for food. That may be an important reason for their survival.

There may be other factors. For example, neornithines might grow faster, had a better muscle system allowing them to fly farther, and higher metabolic rates. These need future work to test.