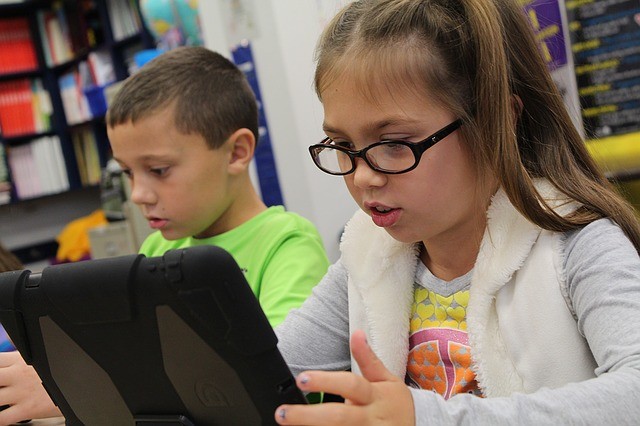 Nowadays touchscreen devices like iPad and tablets are quite popular in children.

One question is when using an iPad, can they learn problem-solving skills besides getting fun?

One study published in Computers in Human Behavior answered this question. Researchers asked children aged 4 – 6 years to learn to play the Tower of Hanoi puzzle on an iPad or using the real toy.

Researchers tested 50 children in total and divided them into the iPad group and the toy group. After solving the puzzle, all children played it again on the real toy.

The result showed no difference between the two groups. Clearly, children could learn problem-solving skills from a touchscreen device and apply them to the real world.

In another experiment, 18 children played the Tower of Hanoi puzzle on an iPad three times, and then played it again on the real toy.

The result showed that although it was the first time children played the toy, they gave better performance.

The findings suggest that children can learn problem-solving skills using touchscreen devices like the iPad. The learning is as effective as that in the physical world.

In addition, the learning benefits of touchscreen practice do not require an initial exposure to the physical version of the problem.