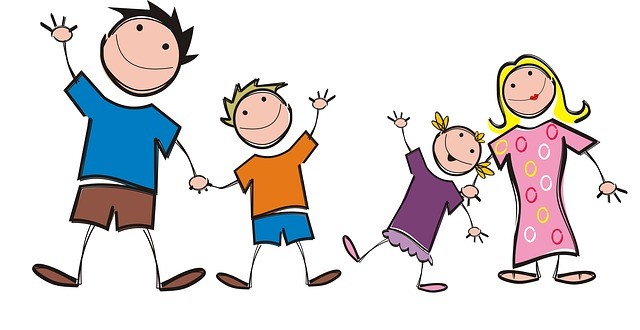 In both science and society, it is debated how much parents contribute to gender differences in the behavior of their children.

Are boys for example more aggressive than girls because of their higher testosterone levels, or is it because they are parented differently than girls?

And can differential treatment of boys and girls by parents also account for the larger incidence of depression and anxiety in girls?

In a new study recently published in PloS One, child and family experts examined whether parents used different discipline tactics with boys and girls.

Also, they wanted to find out if fathers differentiated more between boys and girls than mothers.

To this end, they combined the results of 126 studies that examined parental discipline of boys and girls in the past 60 years.

In all of these studies, parents’ discipline tactics with their son or daughter were observed at the family’s home or in the lab, instead of being assessed with a questionnaire.

Observation of a parent’s behavior has the advantage that it can capture processes the parent is not aware of, which is often the case with the different treatment of sons and daughters.

Overall few differences were found in the discipline tactics parents used with sons and daughters.

Parents only used a bit more negative and harsh tactics with sons than with daughters; a (small) difference that was consistent over the past 60 years.

This finding could be due to the fact that parents had a strong preference for sons in the 70s and 80s which changed to a greater preference for daughters after 1990. No differences were found between mothers’ and fathers’ use of discipline with their sons and daughters.

These findings show that parents’ positive and negative discipline strategies do not appear to contribute much to gender differences in their children’s behavior, as parents use these strategies equally often with boys and girls.

However, the large differences that were found between the 50,000 parents that were included in this study could also mean that only a certain group of parents might discipline their sons and daughters differently; for example, parents with highly traditional ideas about gender and the behavior that is appropriate for each gender.

The results do not imply that parents’ role in the development of gender differences is negligible in general.

For other aspects of parenting than discipline, large differences in the treatment of sons and daughters have been demonstrated, such as the toys parents buy and the way they play with their sons (e.g., guns, cars, rough-and-tumble play) and daughters (e.g., dolls, pretend play) and the different encouragement of activities and hobbies in boys (e.g., competitive ball games) and girls (e.g., ballet, arts and crafts, household chores).