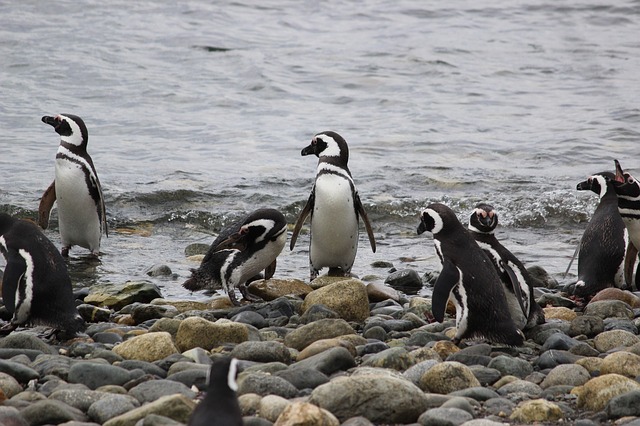 The widespread dispersal of an archaic grade of giant penguins during the late Eocene;

This grade going extinct by the Oligocene-Miocene boundary, replaced by more crownward smaller bodied forms in the early Miocene;

The first occurrence of crown group penguins in the middle Miocene;

The dispersal of the crown clade to all the southern continents, by the end of the Miocene, hence becoming the dominant penguin group.

These studies have enriched our understanding of the evolution and biogeography of penguins in New Zealand, Antarctica, South America, and South Africa.

However, Australia remains an inadequately understood region in the global picture of penguin evolution.

Even though the Australian fossil penguin has a long published record spanning the Eocene to Holocene, these records lack substantiated pre-Quaternary evidence of fossil crown taxa contrasting with their occurrence in other regions from the late Miocene onwards.

Australia instead only possesses one resident species, the little penguin (Eudyptula minor), which has no pre-Quaternary fossil record at all.

The description of recently collected penguin fossils from the re-dated upper Miocene Port Campbell Limestone of Portland (Victoria), in addition to the reanalysis of previously described material, has allowed the Cenozoic history of penguins in Australia to be placed into a global context for the first time.

Australian fossil specimens are widely distributed in its phylogeny.

The scattered positions of Australian penguin taxa across the phylogeny suggest that rather than a single dispersal to Australia followed by an endemic, there have instead been multiple independent dispersals to Australia throughout the course of the Cenozoic.

There is no evidence suggesting that any of the Australian taxa are more closely related to each other than to other taxa, although more complete remains of these taxa may reveal a sister group relationship between some species.

New evidence suggests that the post-Eocene history of penguins in Australia followed a different course to that of elsewhere, namely: giant penguins existed in the early Miocene; and multiple stem taxa occurred in the late Miocene, with no evidence of the crown clade.

The disparate Cenozoic history of the Australian continent itself may have contributed to the unique evolutionary history of its penguins.

Salient here are: (1) the final separation of Australia from Antarctica; (2) the northwards movement of Australia; and (3) the initiation and subsequent strengthening of the Antarctic Circumpolar Current (ACC).