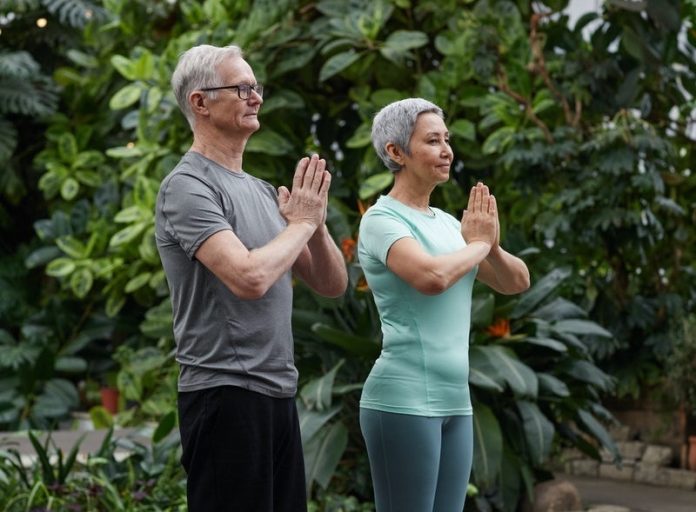 In a new study from UC San Francisco, researchers found when elderly people stay active, their brains have more of a class of proteins that enhances the connections between neurons to maintain healthy cognition.

This protective impact was found even in people whose brains at autopsy were riddled with toxic proteins associated with Alzheimer’s and other neurodegenerative diseases.

The work is the first that uses human data to show that synaptic protein regulation is related to physical activity and may drive beneficial cognitive outcomes.

In the study, the team used data from the Memory and Aging Project at Rush University in Chicago. That project tracked the late-life physical activity of elderly participants, who also agreed to donate their brains when they died.

They found that elderly people who remained active had higher levels of proteins that facilitate the exchange of information between neurons.

This result dovetailed with the team’s earlier finding that people who had more of these proteins in their brains when they died were better able to maintain their cognition late in life.

To their surprise, the researchers found that the effects ranged beyond the hippocampus, the brain’s seat of memory, to encompass other brain regions associated with cognitive function.

It may be that physical activity exerts a global sustaining effect, supporting and stimulating the healthy function of proteins that facilitate synaptic transmission throughout the brain.

The brains of most older adults accumulate amyloid and tau, toxic proteins that are the hallmarks of Alzheimer’s disease pathology.

The team previously found that synaptic integrity, whether measured in the spinal fluid of living adults or the brain tissue of autopsied adults, appeared to dampen the relationship between amyloid and tau, and between tau and neurodegeneration.

They say in older adults with higher levels of the proteins associated with synaptic integrity, this cascade of neurotoxicity that leads to Alzheimer’s disease appears to be attenuated.

Taken together, these studies show the potential importance of maintaining synaptic health to support the brain against Alzheimer’s disease.”

If you care about brain health, please read studies about bottom blood pressure number that can tell your dementia risk, and antibiotic drug that could treat common dementia.